Last week the UC Berkeley case study on Sanovas Inc., the San Rafael California Life Science accelerator was presented  at the JP Morgan Chase OneMed conference to a packed audience of over 120 investors.  I presented the case study, which is the first in a series to be released by UC Berkeley looking at innovative firms  and models in crowdfunding.

This case study explained the use of Self-Directed IRAs, an aggressive investor acquisition model, and the use of  Reg D to create a socially based alternative to Venture Finance.  The firm is poised to exceed a $1 billion valuation by the end of 2015 and has grown from $30 million without taking on any institutional investors.

The audience of investors mostly wanted to understand how to use crowdfinance and social means to circumvent VCs.  Many of them were active Angel Investors or Super-Angels and were intrigued about scaling their portfolio companies without taking on Venture Finance.

The first theme that emerged was the opportunity for crowdfinanced companies to build an integrated model of innovation. Sanovas’s value in large part derives from unexpected synergies in their technology development. The firm believes that a venture firm would have forced them to focus in the easiest technology to spin out and take to market – and that a push for a quick exit would have resulted in a $100 million company, not a company now on its way to a billion.

The second theme was the amount of time and effort required to educate and help investors navigate the complexities of setting up and transferring funds to a Self-Directed IRA.  Sanovas has several employees dedicated to this process and is thinking about either spinning out this as a separate company or servicing other firms who want to use Self-Directed IRA monies. 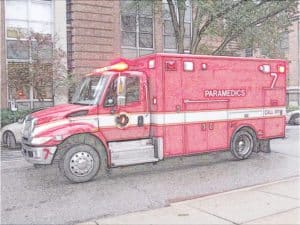 The third theme was that potential for crowdfunding in the life sciences.  The conventional wisdom is that crowdfunding can only supply small amounts of capital and the needs of lifescience firms are so great that crowdfunding should not be considered a viable option.  The CEO of Sanovas argues that exits in the Life Science sector average over $500 million and that most consumers and retail investors will understand or have affinity with a disease family or condition. In other words, Life Science firms supply the circle of affinity that may motivate investors – and satisfy their dual goals of financial and social returns.

The last theme was that of trust.  Some in the audience asked whether Sanovas’s model can be replicated.  The CEO argued that the process of seeking investors through Self-Directed IRAs is not rocket science. The hard part was building and maintaining trust. The firm sends over 30 investor communications a year – and is extremely active in educating its investors.  IR is a huge issue and commitment that firms seeking crowdfinance should not overlook.  In this example, the majority of follow-on investments come from referrals from current investors, so Mr. Gerrans argued that good IR is also good investor recruiting. But a CEO must be willing to spend a large amount of their energy on recruiting and educating the firms investors. There was  a lively debate about the relative benefit on taking on VC money and not having to spend so much time on IR.  Sanovas argued that on balance,  keeping control of the evolution of the firm and its technology is more important than the gains from taking on Venture Capital.