“Don’t put all your eggs in one basket. Look for Team, Team, Team. Stay away from too early stages where there is nothing you can really base you judgment on. Get a bad cop integrated in your investment decision making who will stop you when you fall in love with a company and forget to ask the necessary questions. As a startup: don’t focus too much on funding. Focus on building and growing a successful business instead, then funding simply comes with that.” 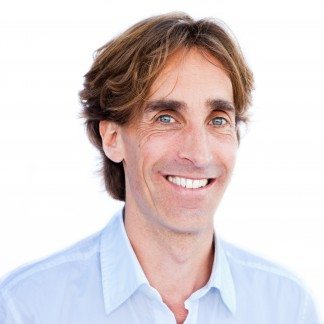 Jan Henric Buettner, the founding partner of BV Capital / e.ventures, angel investor, serial entrepreneur and new media pioneer with international reputation, has also founded several successful Internet ventures and in the process created more than $15 billion in value. Buettner has a long history in developing, managing and operating Internet, telecommunications and media service companies, including an early involvement in the licensing process for the digital mobile network in Europe and the emerging value-added services market. In the early 90s, Buettner and his team created one of the world’s first consumer online services in Germany, and subsequently founded and managed AOL Europe.

In 1997, he moved to California where he set up the BV Capital venture funds, which grew to the current five-fund global VC, renamed as e.ventures. In 2000, the Wall Street Journal named Buettner “one of the most influential European technology financiers on either side of the Atlantic.” In recent months, Buettner

added another achievement to his portfolio, the mastermind behind Europe’s largest equity crowdfunding campaign to date for Weissenhaus Grand Village Resort & Spa, still actively fundraising on Companisto.  To date the campaign has raised over 6,541,150€ from over 1535 Companists and fundraising remains open until 15 July 15 seeking to raise a maximum of 7,500,000€.

I recently had to opportunity to connect with Buettner via email to learn more about his career path, future plans, views on crowdfunding… and a quirk of fate caused by one last piece of strawberry cake.  Our interview follows:

Erin: Congratulations on your successful and record breaking crowdfunding campaign for Weissenhaus!  What led you to investing in the luxe Baltic Sea resort? 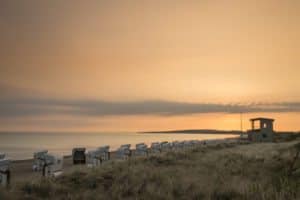 JHB: I used to play on the beaches at Weissenhaus as a kid as my family had a vacation home nearby. At the old castle of Weissenhaus, there used to be a café serving strawberry cake on the weekends, a go-to-place for the local community. Decades later, in the year before I bought Weissenhaus, an old friend of mine called me up and informed me, that the earl and his family would have to sell the property as they could no longer afford to maintain it. We therefore should go there for a very last piece of strawberry cake. So we did. And the idea to buy Weissenhaus was born out of this quirk of fate. So that was most likely the most expensive piece of cake in history!

Erin: What lessons have you learned from the campaign that you will employ in future investments?  What changes would you consider? What decisions served you successfully? 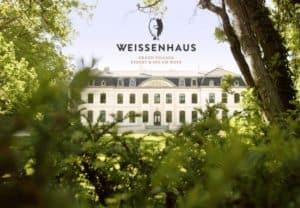 JHB: Whatever you do as an entrepreneur, it is always good advice to listen to your early customers. The crowdfunding campaign started at a very crucial point-in-time, more or less exactly when we fully opened the resort. So getting additional feedback early-on supported the beta-phase and is clearly value beyond just getting money.

There are not many things though we would do differently today. The best decision was to take the Companists serious with their questions, provide much more material – especially videos – than previous campaigns to really allow potential investors to get as close as possible to a “first hand experience” over the internet.

Erin: What do you think about the regulatory environment for crowdfunding in Germany? If you could revise German crowdfunding and alternative finance regulations, which key elements would you include and why? 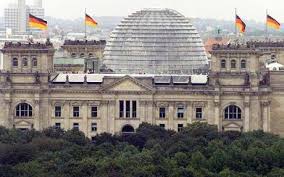 JHB: Currently there is a lot going on. As far as I know, there will be a pretty steep regulation coming up in  the next months that could seriously harm crowdfunding. I am puzzled by this activism. Other, much more pressing issues take ages in Germany to become legislation, but the tiny-little crowdfunding space – maybe 30 Million Euros per year – is in real danger to get hammered without any differentiation. Hopefully, there will be more intelligent regulation in the future.

Erin: Why was equity-based crowdfunding a logical next step in fintech?  How will you be a part of the next fintech disruptions and innovations? 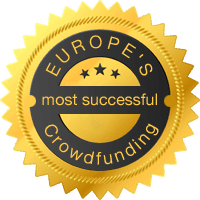 JHB: My personal interest in crowdfunding was clearly not just to get some more equity for Weissenhaus – even the unusual large crowdfunding volume we raised is still only a small part of the overall investments we made –  but to test and prove that alternative ways to bridge entrepreneurs in need of capital with investors without too many intermediaries in between, works. And I guess with the 6 Million € plus we clearly achieved that and should have opened the market for many more projects to come.

Erin: Who do you consider as peers in trailblazing alternative finance and crowdfunding?  Where do you predict the next fundraising innovations will be?

JHB: Besides Crowdfunding, there are many great fintech startups currently starting, most of them reinventing traditional banking e.g. bringing all services to the mobile or simplifying asset management. I am also a shareholder and Supervisory Board Member in German Startups Group where we just recently did several investments in that space, so I am actively supporting that movement also beyond crowdfunding as the time is ripe.

Erin: Where do you place crowdfunding and alternative finance as far as their impact and overall disruption?

JHB: In the long run: the changes might be fundamental if all protagonists do a good job, do not get greedy and do not gamble away people’s trust.

Erin: Please describe your experience as an active angel investor.  What’s your process of identifying early-stage companies? How did you connect with Groupon, Sonos and Kaufda, TheRealReal, Angie’s List and other startups? 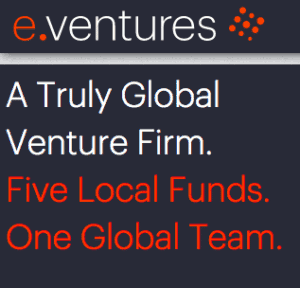 JHB: These are not angel-investments, but investments of the e.ventures / BV Capital funds I founded. So the process is like always in Venture Capital: I try to build up connections to the most important serial-entrepreneur, seed-investors and so on to get early-on access to the most promising ventures. Of course some times one is too late, so every VC has also an inverse portfolio of missed opportunities. Mine includes – amongst others – Skype. 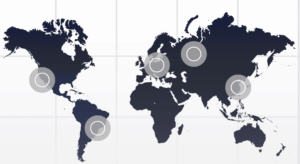 JHB: In a nutshell: When I founded e.ventures under the old name of BV Capital, I was a successful entrepreneur but a no-name in venture capital and VC in Germany was still pretty underdeveloped. So it was a clear decision to go to the USA to learn from the big guys that have already done this business for 10 or 20 years. Fortunately they seemed to like what little Jan-Henric from Germany tried to achieve. This is how it started and to tell the rest of the journey would take too long for this interview!

Erin: Given your successful investment experiences, what advice do have for other angel investors? For startups? 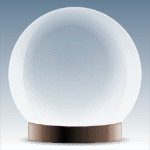 JHB: As any kind of investor: Don’t put all your eggs in one basket. Look for Team, Team, Team. Stay away from too early stages where there is nothing you can really base you judgment on. Get a bad cop integrated in your investment decision making who will stop you when you fall in love with a company and forget to ask the necessary questions. As a startup: don’t focus too much on funding. Focus on building and growing a successful business instead, then funding simply comes with that.

Erin: How did working at Axel Springer galvanize your interest in the then newly established internet medium?

JHB: Already before AOL Europe, I was keen on doing the “new stuff”; I, for example, tried to get one of the first digital mobile telephone license in Germany, when working at Axel Springer in 1989.

Erin: What were your first internet experiences?  What steps did you take to make the internet internationally available and eventually co-found AOL Europe?

JHB: I made my first internet experiences even years before the world wide web was established in 1994 – but this is also too long of a story to tell within this interview.

Erin: What have been your proudest career moments?

JHB: Whenever I experienced that visions that I once had became reality. Achieving complete financial independence by hard work and risk taking.

Erin: Describe a perfect weekend at Weissenhaus.  Where do you personally go to relax? 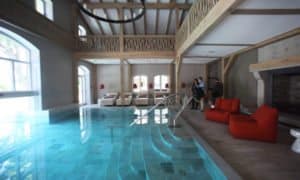 JHB: The great thing about Weissenhaus is, that you have so many options. But my personal favorite might currently be sitting in the 35 degree hot outdoor pool in the winter, having a nice drink in my hand, and watching and listening to the music videos on our large flat screen, while seeing the fully renovated castle in the background.

Erin: Looking into the crystal ball of the future, where do you see yourself in three years? ten years?  fifteen years?  What’s next?

JHB: I have to badly disappoint you. I am pretty comfortable exactly where I am today. Of 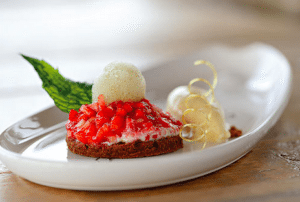 course I still have things to do and will most likely never fully settle down. But believe me, this is one of the most important lessons of life that unfortunately you will only learn over-time: stop chasing behind something. Relax and enjoy the presence. And Weissenhaus is exactly the right place for that.

Erin: And lastly, does Weissenhaus carry on the tradition of strawberry cake?