Taking time away from her busy schedule, creator of Femsplain Amber Gordon sits down with Kickstarter to discuss more details about the quickly growing website. 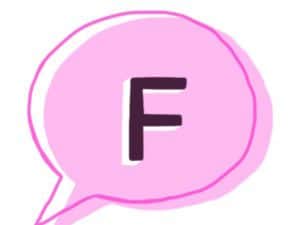 As previously reported, Femsplain is a fully functional, community-powered publisher founded in October 2014 to inspire change through storytelling. The website launched a campaign on the crowdfunding platform earlier this month seeking to raise funds to continue to grow.

Gordon’s team wrote, ” We are a place to share experiences, all of life’s moments from the awkward to the amazing, and everything in between. We’re more than a website or events – we’re a movement. We are providing a safe space to connect, learn and grow with other female-identified people. Everything you see was written by someone like you.”

Revealing why she stated Femsplain, Gordon stated, “Five or six months ago, I worked at Tumblr. I was feeling uninspired, but wanted to boost the conversation online among women voices. I was like, let’s take this idea of sharing our real stories to each other and make it bigger. Femsplain was born. The name was an accident, I was telling my friend I was building the platform, and he was like why don’t you call it Femsplain? ‘Mansplain’ is generally a negative term, but maybe Femsplain can reshape the way women are discussed.

“I was really tired of waiting for things to happen. I was tired of telling brands not to make memes, so I was like, I need to do something for myself and something for other people. After I got the domain—I think I didn’t sleep that night. My roommates were worried about me.” 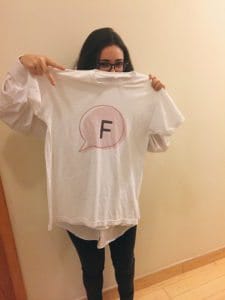 Explaining her work history, the former Tumblr employee noted, “My background is primarily in online community building. Building something that’s more about sharing content with your peers and people who are likeminded is so much more powerful, because when you’re writing you’re writing to connect with other people, I think that connection is way more powerful than just speaking out into the void.

“The relationships that are formed on Femsplain… it’s so amazing to hear stories about people being like, oh I met her in the comments section of her women’s reproductive issues article. The connections that are coming from people meeting and creating community are so powerful.”

In regards to what she hopes Femsplain will achieve, Gordon added, “I experience online harassment. I know that world. Those people exist. But I also feel like the people who are likely to harass you are insecure, so we’re trying to build a place where even though you might be directly affected by what someone is talking about, you can still read it and understand, and maybe your view might be changed a bit.

“We’re trying to create offline events and workshops to get these people together to support each other and strengthen that bond. We’re having a comedy show in the middle of February to promote some of our community members who are also comedians, but anyone is welcome to meet people who are likeminded to create a stronger community. We’re also having these workshops—we’re having a coding workshop, a basic introduction—anyone can come.”