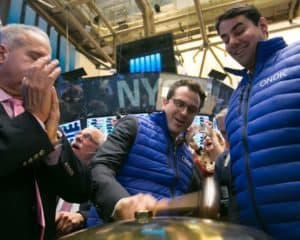 On Deck Capital, Inc. (NYSE: ONDK), reported earnings this week alongside P2P industry leader Lending Club.  This is the first quarterly releases for OnDeck since the platform listed shares on the NYSE this past December. On Deck is a peer to peer lending platform that focuses on business loans having lent over $2 billion since its founding in 2007.

Loan origination volume increased to $369 million in Q4 and to $1.2 billion for the year, reflecting growth of 120% and 152%, respectively, over the comparable prior year periods.

OnDeck Marketplace, OnDeck’s institutional investor loan purchase platform, grew to 18% of term loan originations during the fourth quarter of 2014, up from 8% in the third quarter of 2014.  The company also stated it was creating a pilot program for loans in Canada. 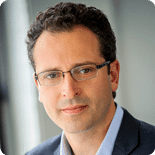 “OnDeck’s considerable achievements in 2014 reflect growing acceptance by small businesses of technology-enabled lending, as well as the need small business owners have for ongoing investment capital to manage and grow their businesses,” said Noah Breslow, chief executive officer, OnDeck. “Powered by the OnDeck Score, OnDeck is providing small business owners with reliable credit solutions to address their various capital needs. We will continue to increase our marketing and brand building efforts to raise awareness of our products and further invest in technology and data innovation to expand our product set and meet more of Main Street’s credit needs.”

“OnDeck delivered strong financial performance during the fourth quarter and full year, primarily driven by the momentum of our direct channel and expansion of our Marketplace business,” said Howard Katzenberg, chief financial officer, OnDeck. “We generated triple digit top line growth during both the quarter and year, all while preserving the credit quality of our portfolio, passing along savings to our customers and achieving positive adjusted EBITDA in the fourth quarter.”