Ready to bring a ’90s favorite back to game consoles everywhere, creator Greg Johnson and California-based Humanature Studios has launched a campaign on crowdfunding platform Kickstarter to raise $400,000 for Toejam & Earl: Back in the Groove. 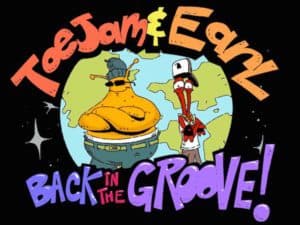 The game’s summary reads, “Toejam and his homeboy Big Earl go out for another joyride in their RapMaster Rocketship, and this time Peabo and Lewanda and a few other friends come along.  Of course,    TJ and Big E. have to take their friends to see Earth, where all the craziness started.  While in orbit around Earth, TJ can’t resist showing off and pressing a mysterious new button on their ship called ‘Black Hole – DO NOT PRESS!’

“The Earth now breaks apart in one of those Time-Warp-Black-Hole-Displacement thingies.  Who could have guessed, right?  Well, TJ,  Big Earl, and their playable-character-friends must once again put that darned ship back together.  The good news is that this time, when you find the ship pieces, much cooler stuff happens, AND once it’s all put together you get to fly the ship around.  Neat, huh?”

Sharing details about the project, Johnson announced on the campaign’s website, “I, along with some bright and talented friends, are finally going to make that ultimate Toejam and Earl sequel that the fans have been asking for all these years. 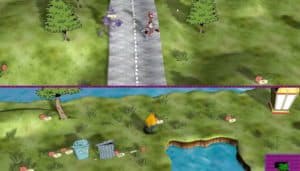 “We plan to go old school with this one. Fixed isometric camera, 2D sprites, simple controls, and an emphasis on coop play. It will also pull in some of the more beloved elements from game two, AND we have a list of exciting new gameplay elements planned as well. Oh right, I almost forgot… and we’ll have funky music, and more funky music, and… then we’ll add in more funky music.”

ToeJam & Earl: Back to the Groove will feature game one gameplay, a new look, 3D terrain, game two elements, and 4-player coop play. The campaign’s debut came just a few weeks after Johnson posted teaser sketches of the alien duo online and promised “some announcements” about the series’ return.

During a recent interview with Polygon, Johnson shared, “I started off to make a sequel to ToeJam & Earl along with my old partner, Mark Voorsanger. We wanted to make something true to game on, and then Sega asked us to change course. We ended up doing Panic on Funkotron. That’s what they wanted us to make, but our fans were pretty confused by that.” 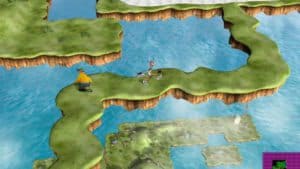 Revealing that he approached Visual Concepts, then a subsidiary of Sega, back in 2001 with a pitch for a third ToeJam & Earl game, Johnson explained, “They said yes to us making a sequel. We got two-thirds or three-quarters of the way done, and they changed their minds and suddenly wanted it to be very different. They asked for all these changes – a hub structure and bosses and mini-games and unlockables. We ended up changing course again.”

With the harsh criticism of ToeJam & Earl 3: Mission to Earth, Johnson quickly accepted the blame for the mistakes that were made. “It wasn’t all because of Sega. Some of the choices I made, like having the over-the-shoulder camera… it was a bit of an experiment, because it was back in the days when that camera angle was exciting. The Xbox had just come out, and you could do all this cool stuff. 3D was advancing really quickly. But the net result was that it was kind of disorienting in our game.” 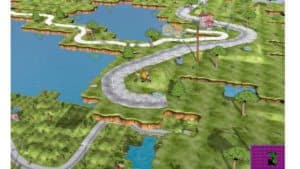 In regards to the up and coming game, Johnson added, “I’ve been wanting to do it for a long time. I have tried pitching ToeJam & Earl to publishers periodically over the years, but I’ve been doing different projects. Once I’m buried in a game, I’m out of commission for a year-and-a-half or two years. And then I have this window of opportunity between products where I can raise my head up and take another shot at it. Now, because of crowd-sourced funding, it felt like a really good opportunity.”

Since its launch on Wednesday (February 25th), ToeJam & Earl: Back to the Groove has successfully captured close to $109,000 thanks to over 2,000 backers. It is set to close on March 27th.