To expand access to legal justice for those who can’t otherwise afford it, a new national crowdfunding platform, CrowdDefend, will publically launch this week. CrowdDefend helps individuals, organizations and businesses raise funds to cover legal representation, court fees and associated trial costs for cases large and small, across a wide range of issues. Previously, the platform launched in beta in January 2015. 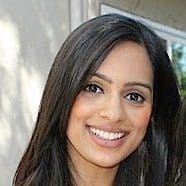 “CrowdDefend’s mission is to even the playing field for ordinary citizens by giving them the tools to share their stories and raise funds from a community of legal advocates,” says founder and CEO Hiraa Khan. Kahn is a former member of Google Inc.’s Patent Licensing and Acquisition team, and says that CrowdDefend is partly inspired by the three years she spent on the Board of Directors of the American Civil Liberties Union (ACLU) of Northern California. A first-generation Pakistani, Khan also helped launch an Indiegogo campaign for Malala Yousufzai and her family, after Taliban thugs viciously attacked Yousufzai for her activism on behalf of women and education in her native Swat Valley in northwest Pakistan.

Since CrowdDefend’s launch in January, the most successful campaign has been “Help Adán de Jesús get out of ICE detention!” for which 55 users contributed $2,250 in only seven days. The campaign was created by CIVIC, an immigration advocacy and support network, to fundraise for the bond of an unaccompanied minor seeking asylum in the United States from Guatemala, after he survived a horrific attack on the streets of Guatemala City. 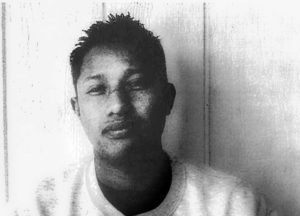 Other campaigns include “Stop Solitary Confinement of California Youth with Disabilities,” brought by Public Counsel, the country’s largest pro-bono law firm, and “Washington Wolf Protection Project,” brought by Western Environmental Law Center, a public interest law firm focusing on environmental issues. The campaign seeks to make the state of Washington comply with the use of non-lethal control measures to prevent wolf and livestock conflicts.

CrowdDefend is the “only crowdfunding platform dedicated to balancing the scales of justice,” according to the company’s website. Here’s how it works: Users first apply to have their cases posted on CrowdDefend. If the cases are considered to have strong merit, they are posted to the platform. Once posted, the CrowdDefend community can then review the case and if desired, contribute to it. Contributors are able to stay connected to a campaign, as CrowdDefend helps track legal activity related to that case over time.

At CrowdDefend we believe that promoting access to justice is a collective responsibility. Through our platform we hope to not only increase access to the courts, but also create more awareness about the justice gap in this country.