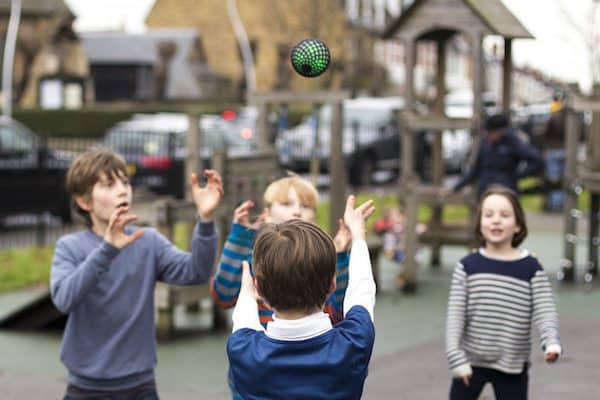 On Tuesday (March 3rd), innovation acceleratorMade by Many and industrial design company Map have launched a Kickstarter campaign to raise funds for Hackable, a smart and responsive iPhone-connected ball for 6-10 year olds. The goal of the crowdfunding effort is to raise $100,000 to put Hackaball into production and begin shipping in time for the 2015 holiday season. Hackaball will cost $69.00. 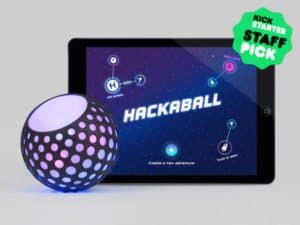 Hackaball takes creative play to a whole new level. Able to sense motions such as being dropped, bounced, kicked, chased, shaken or left perfectly still, it is a small but clever computer encased in a durable ball, designed to encourage children to create their own games.

Players can invent games by adjusting the ball’s colourful lighting, sound and vibration effects on the free companion iPad app, then upload them wirelessly to the device. The number of activities children can create is limited only by their imagination.

Additionally, the Hackaball app comes with a range of games that can be programmed onto the ball as well as “broken” games that children can fix to easily learn game-making principles. Kickstarter backers will receive a Hackaball along with the app.

Founding partner at Made by Many, William Owen stated,“Hackaball represents a whole new attitude to computers and learning, turning technology into something you do together not alone, something to be chucked around and that isn’t fragile, and where you learn through creative play, not instruction.”

In an age of digital innovation and always-on connectivity, Hackaball is an engaging and innovative tool for educating children while encouraging physical activity and creativity. The United Kingdom added coding to the curriculum in 2014 and it became an optional module in U.S. schools. 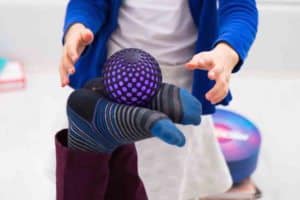 Programming is set to become an essential part of education syllabuses globally and 2015 will surely see a rise in products offering assistance. Ultimately, Made by Many’s vision is to turn Hackaball into a platform of games that are invented, programmed and published by children.