SAIF Partners in China and in India, a leading Asian private equity firm managing over US$3.5 billion, is expecting to invest a minimum of $70-$100 million in 10-15 companies this year, across the mobile, e-commerce and financial services sectors, according to a story on Live Mint.

In the seed stage alone, SAIF Partners plans to make 10 fresh investments, according to Mukul Singhal, principal in SAIF Partners. 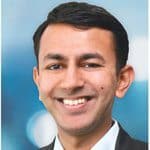 We are seeing strong pipeline for Series A and B rounds, which were pretty much absent last year. Also, as the cheque sizes in the industry are becoming bigger we will end up investing more this year.

The firm invested about $15 million in early stage start-ups and expects its seed stage deals to remain in a similar range this year too. However, the fund is anticipating more investments in mature start-ups—deals that could range anywhere from $5 million to $10 million.

SAIF Partners also plans to increase its presence in India, and has raised $350 million for a new India-focused fund from 27 investors, according to Medianama. The company’s investments this year include peer-to-peer property listings start-up NoBroker, industrial e-commerce platform Industrybuying.com and small and medium enterprise (SME) lending platform Aye Finance.

Previously, SAIF Partners has invested in companies such as Paytm*, MakeMyTrip and JustDial. Since its beginning, it has had over 100 investments.