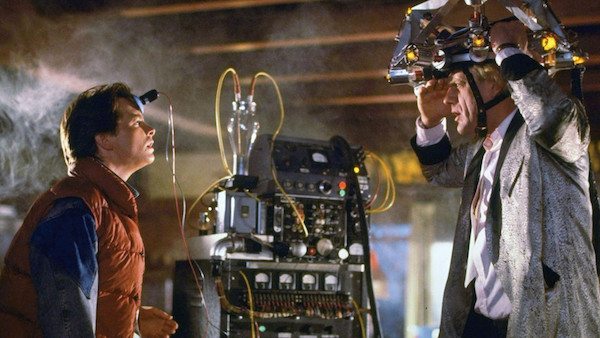 Continuing to raise funds for his Back to the Future project, New York City director, Jason Aron, has launched a second crowdfunding campaign on Kickstarter to raise $50,000 for the documentary, Back in Time. 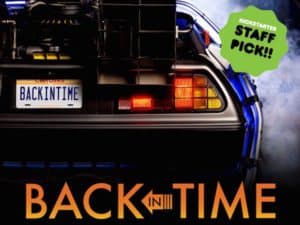 “Put simply, [Back in Time is] the ultimate documentary related to the Back to the Future trilogy. It’s a film that digs deep into what these movies have meant to our culture. It’s not a simple ‘making of’ documentary, but rather one which explores the incredible, lasting resonance of the trilogy through the eyes of cast members and crew of the films, as well as some of the ultimate fans of the trilogy. Plus, the DeLorean Time Machine itself, of course.”

“It’s a film that we think was begging to be made, so we did. All signs point to that being a great idea. After all, at this year’s Academy Awards there were multiple references made to Back to the Future. 2015 marks the 30th anniversary of Back to the Future, and it’s also the year Marty, Doc, and Jennifer visited in Back to the Future II.”

Also noting why he has returned to Kickstarter after his 2013 success, Aron explained: “You may have seen or backed our previous Kickstarter campaign back in the summer of 2013. We were fortunate enough to enjoy widespread support from over 600 Back to the Future fans, and we’ve used the money raised during that campaign to fund filming the majority of the film.

“Back in Time originated as this little idea after doing a customized ‘flashback’ film for a client. Originally we were going to focus on a single, iconic part of the trilogy: the Time Machine. But as sometimes happens with an idea that has found its moment, Back in Time has grown in scope as we’ve progressed through production.

“Things we originally considered unlikely, or even impossible, have been captured by our crew as we’ve crisscrossed the country, and the world. If you’d told us that Michael J. Fox or Robert Zemeckis would have been willing to, let alone incredibly enthusiastic about, sitting down to talk about what the trilogy has meant across three decades, we’d have thought you were as looney as most of Hill Valley considered Doc Brown. 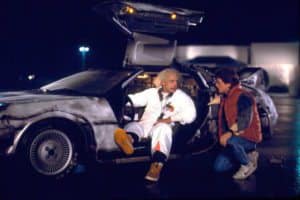 “But we have those interviews in the can, and that’s not all. Not by a long stretch. Christopher Lloyd, Lea Thompson, Bob Gale, Dean Cundey, Kevin Pike, and so many more cast and crew have lent their time to our efforts to chronicle the impact of the films. Plus some of the most amazing fans any movies have ever been blessed with, including Time Machine experts like Joe Walser; the Hendersons, who are responsible for bringing us hoverboards by 2015; and the Hollers, whose support for the Michael J. Fox foundation brings new perspective to what dedication a fandom can spawn.

“So as much as we’ve carefully expended the money we collected during our previous campaign (and money from other, more traditional sources—including our own pockets when we needed to) the sheer scale of the film as it stands today is far beyond our original dreams. 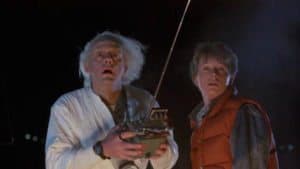 “And on that note, we want to make sure we’re very clear: every single pledge from the original campaign is still on track for delivery later this year, as promised. Nothing about this second campaign changes the original rewards, so if you’re a backer already: THANK YOU, and you’ll be receiving fulfillment this fall.”