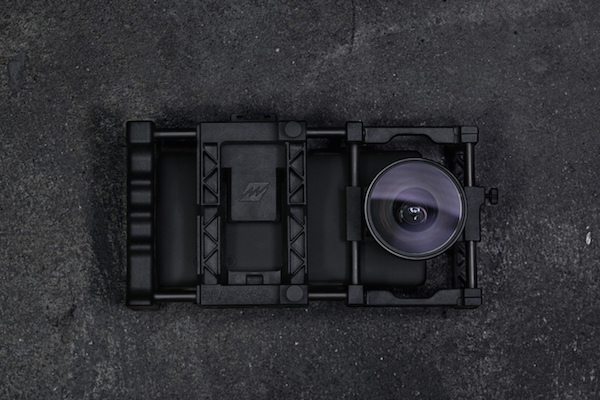 Beastgrip, a versatile smartphone rig and lens adapter system, is getting an upgrade, and its makers are again asking for help from the Kickstarter community to make it all possible. Within just 24 hours of its launch, the crowdfunding campaign reached 100% of its funding goal of $50,000. 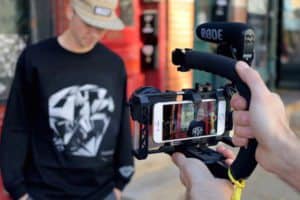 Since its introduction two years ago, smartphone photographers and videographers have relied on Beastgrip to produce exceptional imagery and tell compelling stories. The current Kickstarter campaign will fund production of the Beastgrip Pro, a major upgrade from the original model. In addition to the new model of the smartphone camera rig and lens mount, Beastgrip Co, the company behind Beastgrip, is also introducing a depth-of-field (DOF) adapter, along with extreme wide-angle and fisheye lenses. DOF adapters empower phoneographers to flex their creative muscles like never before.

“Smartphones keep getting smarter, with hardware to rival even the most advanced digital cameras and inventive software and apps to optimize photo and video production. Amateur and professional phoneographers are always on the lookout for products that combine easy functionality with high performance. The Beastgrip Pro more than fits that bill.” 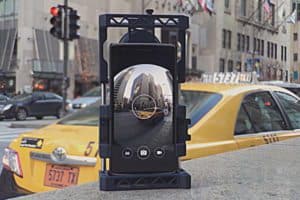 Chalenko and his team are no strangers to Kickstarter; the crowdfunding community was instrumental in bringing the original Beastgrip to market in 2013. Since then, Beastgrip Co has listened thoughtfully to feedback and requests from Beastgrip users. That feedback has contributed significantly to the design and prototyping of the Beastgrip Pro.

The Beastgrip Pro is compatible with all major smartphones, even those with protruding camera lenses. The rig is stronger and more functional than its predecessor, with five 1/4″-20 threaded mounts, a cold shoe mount and the standard 37 mm threaded lens mount. Likewise, the Beastgrip Pro is unrivaled in its versatility and ease of use. Phoneographers can adapt the rig to a variety of applications, from a simple tripod mount to a full-featured rig with LED lights and a mic. 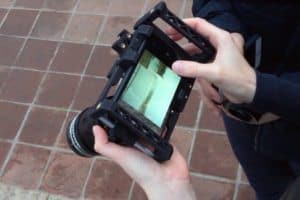 Beastgrip Co will be developing and rolling out new products for phoneographers in the coming months and years. Among those near the end of the pipeline is Beastcam, a smartphone app set for release this summer that will augment the Beastgrip Pro smartphone camera rig.