With Star Citizen’s campaign continuing to be the most well known crowdfunding project on the web, creator Chris Roberts sat down with Wired to share details about the initiative and its success.

As previously reported, when Star Citizen surfaced in 2012, it immediately hit the spotlight and became one of the most popular crowdfunding campaigns on the web. The project is currently sitting at 60,629,401 and recently was dubbed the largest crowdfunded game and largest amount raised for any sort of crowdfunded project.

During his interview with Wired, Roberts revealed the key reason why Star Citizen has becoming such as a huge hit online: 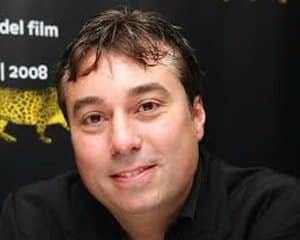 “The big thing is the thing that we didn’t do. Most crowdfunding campaigns engage some people, convince them to become backers, and then the campaign stops. We didn’t stop.”

In regards to what inspired him to make the highly anticipated game, Roberts added:

“I wanted to capture what I felt watching Star Wars as a kid. I wanted to be Luke Skywalker in the cockpit of the X-wing fighter.”

Since its launch, Star Citizen has captured $77 million and there has yet to be any hints of when it’ll close the campaign.