Back in February 2014, singer-songwriter Steve Grand took to Kickstarter with a mission to raise $81,000 for his first recorded album, All-American Boy. During its campaign run, the project captured over $326,000 from nearly 5,000. Now, not only has Grand successfully made the new album, it has also gained more popularity in its first month than expected. 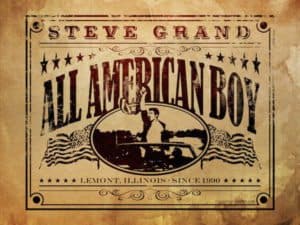 Billboard reported that Grand first surfaced in 2013 with his self-financed video All-American Boy, which has nearly 4 million views. Grand was featured in the gay-themed video, which was inspired by his own life.

All-American Boy was released last month and within just thirty days, it has managed to hit the American top music charts. The media outlet reports that the album bows at No. 47 on the Billboard 200, No. 27 on Top Album Sales and No. 3 on Independent Albums.

The new record features 12 tracks written by Grand and the music is described as being all about the roller coaster ride of being human: love and loss, hope and regret, triumph and the struggles of growing up – all through the lens of Grand’s own experiences. 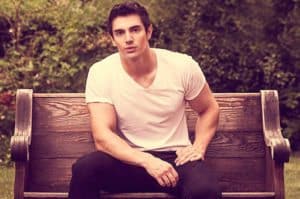 “I believe the best songs are those that are written from a very personal point of view. And from that personal place, universal truths about what it means to be human are revealed. That is what I always strive for in my writing, so this album is very personal to me. But there are universal themes to be found in every song.”

During a recent interview, Grand stated:

“I’m blown away! My fans have done it again. I have believed in this record, and now it’s clear a lot of other people do too. Putting out an album has been my longtime dream, and to have it do so well in just its first week is phenomenal.”

All American Boy arrived on Grand’s own Grand Nation imprint and is distributed by Brody Distribution Group.