A very determined Canadian man is doing whatever it takes to break a Guinness Record… even if that means involving National Treasure star, Nicolas Cage. 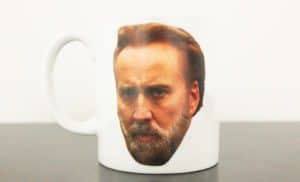 Earlier this week, Windsor resident, Thom Malone hit Kickstarter to raise $52,000 for a 21,646-square meter mosaic of the 51-year-old actor. Originally created as a joke among he and his friends, Malone decided to put more effort into the project as it raised over $28,000 in less than a week.

Revealing why he decided to pursue his dream (?), Malone stated:

” I want what you want; a 21646 square metered mosaic of Nicolas Cage. The current Guinness World Record for largest photo mosaic has 176,000 photos held by Transitions Optical. I think we all can agree that Nicolas Cage deserves to hold that record. What I’d like to do is get 180,000 unique photos to make up a Nicolas Cage mosaic and then see this dream become a reality. The mosaic will be unveiled on Labour Day Weekend. 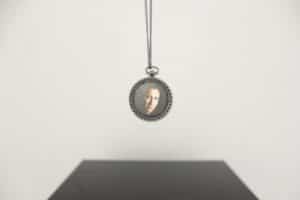 “If aliens were to ever come to earth, they would need to know who our ambassador is. How best to show aliens that we want peace, but also not to mess with us than with a giant mosaic made up of a million faces to create one giant Nicolas Cage face? While our world is at war, how best can we show humanity that we desire a world wide peace than with a million faces creating one giant face of bliss? (Nicolas Cages face, obvs). What if we were to merge everyones face in the entire world? What would be some common features? I know because I’ve seen it: Nicolas Cage’s face.”

Backers of the project will receive the following perks: 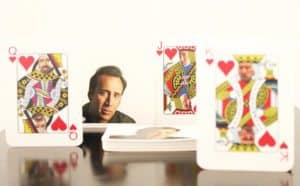 In regards he and his team will do with the $58,000, Malone stated the funds will go towards printing the photos, making the rewards, obtaining permits and materials to build the mosaic. They are currently scouting out locations and will be able to reveal where it will be held once the final photo is submitted.

Since its launch, the Nicolas Cage mosiac has raised over $23,191 thanks to nearly 150 backers. It is set to close on May 6th.