Seeking to revive an in demand reality television series, former NBC correspondent, Chris Hansen, has announced that he is preparing to launch a crowdfunding campaign on Kickstarter to bring back To Catch a Predator under the new name, Hansen vs. Predator 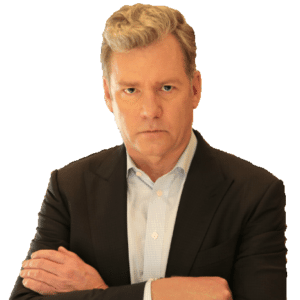 Per its synopsis, To Catch a Predator follows a perverted-justice team that works with Dateline to catch predators over the internet seeking young children. The show ran for over three years and, according to The Verge, drew plenty of controversy during its run, with claims of entrapment, conflicts of interest, and public shaming.

During a recent interview with LA Times, Hansen stated:

“There is a pent-up demand from viewers for another investigation. And from a technology standpoint, the landscape has really changed since we did the last one.”

The series will be presented on a digital Web channel before it’s sold to a TV network. Although he has pitched the new show to various outlets and syndicators, Hansen shared that “the best way to do this is shoot the next investigation and show that we have it.” This will also give him both creative control and ownership of the program. 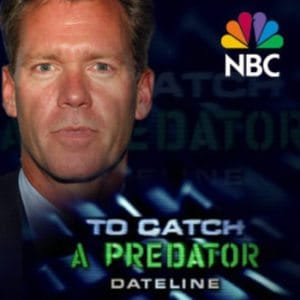 “What it really illustrates is that there are multiple paths to funding, production, and even distribution today, compared to the hammerlock that legacy media once applied and enjoyed.”

Assisting Hansen with this project is his agency, William Morris Endeavor, which reportedly has an entire unit that is dedicated to helping talent develop strategies and manages their crowdfunding campaign.

The campaign, which is called “Hansen vs. Predator,” will launch on Wednesday and will offer various rewards to backers including t-shirts, coffee mugs and even an invitation to a private screening of the show.

Check out a sneak peek of the campaign below!