Today, former NBC correspondent, Chris Hansen, officially launched his crowdfunding campaign on Kickstarter to bring back his hit reality series, To Catch a Predator under the new name, Hansen vs. Predator. 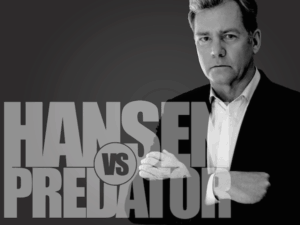 Per its synopsis, To Catch a Predator follows a perverted-justice team that works with Dateline to catch predators over the internet seeking young children. The show ran for over three years and, according to The Verge, drew plenty of controversy during its run, with claims of entrapment, conflicts of interest, and public shaming.

“After being asked repeatedly on social media whether there will ever be another investigation, CHRIS HANSEN, creator of Dateline NBC’s wildly popular To Catch A Predator, which ran on Dateline NBC from 2004-2008, is finally answering with a resounding: YES. 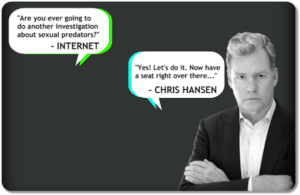 “This time he’s taking to Kickstarter to engage fans in the process and to raise funds for a brand new web series. Make no mistake: Chris is the biggest backer of the project thus far, and he’s recruited a world-class production team and availed himself of the most sophisticated investigative tools to assist in this quest to bring predators to justice.

“The new series Hansen vs. Predator, will reflect changes in the social media landscape and include a new generation of connected electronic devices. According to Hansen, ‘with this investigation, we will continue to raise awareness of the ongoing threat of sexual predators targeting underage children.’ 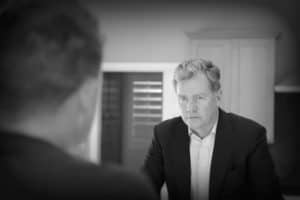 “Hansen hopes to raise awareness and create a dialogue that has been missing since the Dateline show wrapped in 2008. Proceeds from the campaign will go toward production of the new series, and backers of the project will receive a number of rewards and limited edition experiences.”

During a recent interview with LA Times, Hansen stated:

“There is a pent-up demand from viewers for another investigation. And from a technology standpoint, the landscape has really changed since we did the last one.”

The series will be presented on a digital Web channel before it’s sold to a TV network. Although he has pitched the new show to various outlets and syndicators, Hansen shared that “the best way to do this is shoot the next investigation and show that we have it.” This will also give him both creative control and ownership of the program. 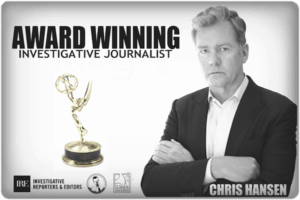 Most of the $75,000 funds will go towards the pre-production, which will include scouting and securing a location, security, insurance, legal expenses, and paying the team for their work. Other production expenses are paying for everything from hidden robot cameras to travel.

Hansen is an eight-time Emmy award-winning investigative journalist and has been covering breaking news for the past 20 years and has used hidden cameras to investigate everything from child sex trafficking, to terrorist grounds, to counterfeit drugs being smuggled into the U.S. He has also received awards for excellence in journalism from both the Associated Press and United Press International.

Hansen vs. Predator’s campaign is set to close on May 15th.