On Monday, President Barack Obama named Julie Hanna, Kiva Executive Chair of the Board and Silicon Valley entrepreneur, a Presidential Ambassador for Global Entrepreneurship (PAGE). The goal of PAGE is to help develop the next generation of entrepreneurs both at home and abroad. 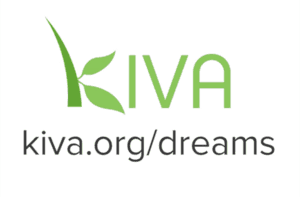 Continuing her work to democratize access to capital for underserved entrepreneurs, Hanna has designated Kiva as an official global partner for all PAGE events and activities. Over the next year, Hanna’s signature initiative, “Global Capital Access” is committed to delivering $100 million in crowdfunded Kiva loans to 200,000 women and young entrepreneurs across 86 countries, including the U.S. Entrepreneurs participating in PAGE events all over the world will have an opportunity to receive crowdfunded loans through Kiva, giving them access to a global network of 1.3 million lenders in 198 countries. 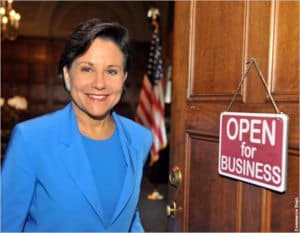 “The leadership of our PAGE Ambassadors, like Julie Hanna, is instrumental to supporting entrepreneurs across the globe. Kiva provides essential access to capital for innovators worldwide, including to those who could not access financing elsewhere. Julie’s initiative is a pertinent example of a collaborative model that combines innovation, global economic development, and social good.”

“Talent is universal, but opportunity is not. This is about unlocking human potential and backing the dreams of entrepreneurs at an unprecedented global scale.” 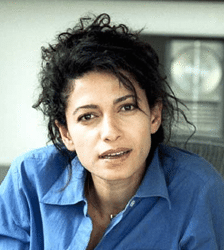 Hanna’s journey to the front lines of the tech revolution began on the front lines of war. An Egyptian immigrant, Hanna’s early experiences fueled her conviction to harness the democratizing power of technology to enable fair access to capital and economic opportunity.

Launched by President Obama in 2014, the PAGE initiative is a collaboration between celebrated American entrepreneurs, the White House, the U.S. Department of Commerce and several other federal agencies. The goal is to build public-private partnerships that provide pathways and access to capital, talent, education and opportunity.

Each Presidential Ambassador works closely with the Department of Commerce and commits to a signature initiative that defines their tenure.