You might not expect a taxi to win on the racetrack, but Australian taxi app Ingogo is setting records for making the (funding) rounds. The company, launched in 2011, just announced that it closed A$12 million in a new funding round through crowdfunding platform VentureCrowd, which makes it the largest equity crowdfunded deal in Australia.  Of the A$12 million, $4.2 was via VentureCrowd.

Operating in Sydney, Melbourne, Brisbane, Perth and Adelaide, Ingogo is a mobile app that allows riders to book a taxi from their phones and securely handle payments–whether for taxis booked through the company or simply off the street. Taxis can be booked up to 48 hours in advance, and the company also includes a $10 taxi guarantee on all accepted future bookings in Sydney and Melbourne. The app has four stars on both iTunes and Google Play. 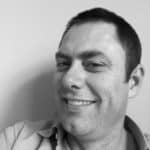 “Stoked” is how Ingogo’s founder and CEO, Hamish Petrie, described his feelings about the news to Mashable Australia. He added,

[Crowdfunding] is developing as a good means for raising capital for entrepreneurs….[In Australia] we haven’t had that as a channel until recently.

The amount raised this round around more than tripled the amount Ingogo raised through its last crowdfunding round in September 2014, Mashable noted. With it, Ingogo’s expansions include increasing support for its recent move into Brisbane, Perth and Adelaide. Petrie noted that the company now has 5,000 drivers, and plans to recruit more. The company also plans to create more corporate partnerships, like its recent agreement with business travel and expense manager Concur. Considering that Ingogo’s revenue in 2014 grew 464% from 2013, and the company plans to list on the Australian Securities Exchange in 2016, according to Petrie, the rest of the decade is looking promising. 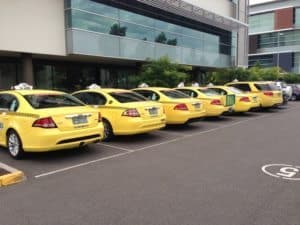 And by the way, Uber. Petrie said,

Uber has been helpful to create awareness of the category, but we’re not seeing an impact from it.

According to Petrie, Macquarie Bank Taxi Tracker, a summary that measures work-related taxi travel by Macquarie employees, considers Ingogo to be the third player in the market in terms of processing trips and transactions. Cabcharge and GM Cabs are in front. However, it’s worth noting that the Tracker report from early 2015 “doesn’t have a fair representation of apps like Uber and GoCatch in its sample,” Mashable notes. 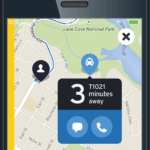 “According to the report, this is most likely because the two companies don’t provide drivers with external payment processing hardware. Uber has the most frequent daily downloads of any transport apps Macquarie Bank Taxi Tracker examined.”

The Australian Tax Office recently ruled that Uber drivers will have to register by Aug. 1 for the 10% Goods and Services Tax (GST) that taxi operators are required to, a move that Uber has indicated it will protest. Petrie noted that Ingogo has always paid GST.