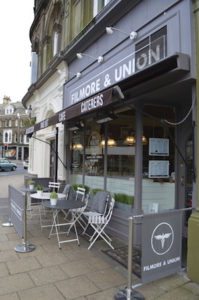 Since founded in 2011, Filmore & Union has opened seven locations in the north of England that serves pure, natural and wholesome food both to eat in and take out. The company believes in using whole foods that are packed with nutritional value, as opposed to sugar laden, processed products.

“The Filmore & Union concept is built upon the ever-growing health conscious consumer. Currently located across the North of England, Filmore & Union provides pure, natural and wholesome food. Here at Filmore & Union we believe in using whole foods that are packed with nutritional value, as opposed to sugar laden, processed products. Filmore & Union was founded on the idea that true health means making the best decisions for your body so you can live a healthier, happier lifestyle full of nutrient dense food to help your body support you.”

The new funds will be used for the following: 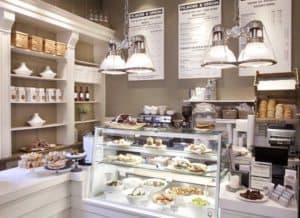 “This is such an exciting time for us and will be a pivotal turning point for the company. We’ve grown Filmore & Union from scratch but we now need help funding the growth of the business, which is why we’ve launched a crowdfunding campaign. We can’t thank everyone enough for their continued support over the years and we hope that customers, friends, and members of the public will share our vision and join us on our journey to become the leading healthy eatery in the North of England.”

It was also revealed that Carnell has also invested £807,000 into the company for a new Central Production Unit, warehouse and head office in Wetherby to facilitate the expansion. Since its launch, Filmore & Union’s Crowdcube campaign has successfully raised over £115,000. It is set to close mid-July.