Blue Mountain State, a popular television series that was apparently cancelled far too soon, launched a crowdfunding campaign in early 2014 to help finance a feature length film.  The project closed on Kickstarter at over $1.9 million in funding with the backing of 23,999 committed fans. Today the film, entitled Blue Mountain State: The Rise of Thailand, is officially finished and has been delivered to the distributor Lions Gate Entertainment.

In a note to supporters, director and creator Eric Falconer shared the announcement that post production was complete.  The forthcoming release date will be determined by the distributor in the coming weeks.

Falconer also discussed how the final production had to be massaged a bit as initially it captured an NC-17 rating.  Edits were made to bring it down to a more mild R rating.

“…we ran into a little snag a few weeks ago when the MPAA screened the movie and were so appalled by what they saw that they slapped us with an NC-17 rating. But we spoke with them, took out a few small pieces they had a problem with, and were able to get a rating of “R”. Actually the official language from the MPAA reads… “Rated R for strong crude and sexual content, drug use and language throughout, and some graphic nudity.” If that doesn’t get you excited for this movie, I don’t know what will.” 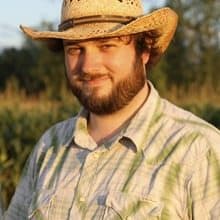 Blue Mountain State is in the top three most funded films on Kickstarter.  The Falconer film is only topped by Veronica Mars at $5.7 million and Wish I Was Here (Zach Braff) at $3.1 million.

While the Film category has remained popular on Kickstarter, this sector has dropped from a number 2 position in most funding to now the 4th place position. Games, Technology and Design, have all raised greater amounts on Kickstarter. Film has successfully raised $235 million since the crowdfunding platform launched.