Great news, UK! This week, crowdfunding platform Tilt announced that it has opened its doors of the countries inventors. 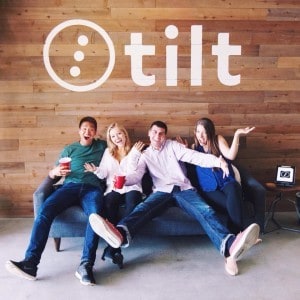 “The easiest way to collect money from your group is now available in the UK! Say goodbye to bank transfers, collecting cash from a dozen people, and chasing friends to pitch in to something. We’ve already seen a huge response from organizers across the UK, who’ve been using Tilt to: pool money together for a surprise birthday present, gather funds for a hen do, bring fresh organic produce to the residents of Aberdeen, kick-off a zen yoga class at the office, split the cost of a group outing and even launch a fundraiser for a friend in Nepal. We can’t wait to see what’s next.”

Tilt says ” it provides an easy, secure, and free way to collect money from a group in two taps.” Through any smartphone, organizer can start a campaign and invite contributors to cover just about anything, including: