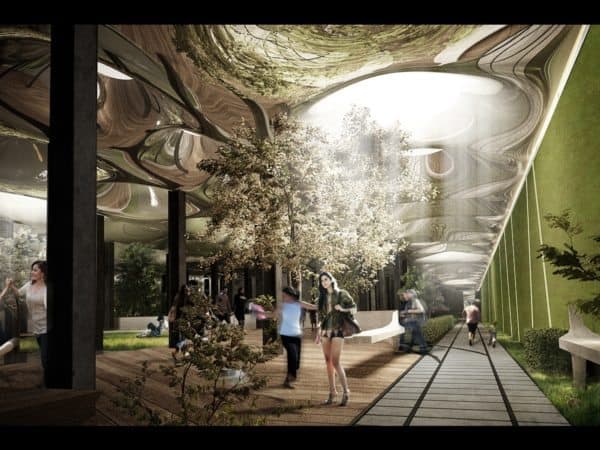 A Kickstarter crowdfunding campaign for new solar technology to build an underground park in New York has exceeded its goal, making the Lowline one of the most-funded public art projects on the platform, according to the campaign’s page. 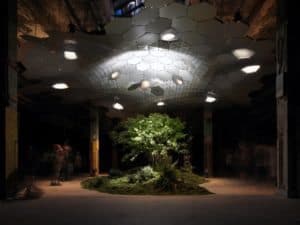 Here’s how the Lowline team envisions the project:

It turns out there’s a 107-year-old former trolley station– untouched since 1948– right below Delancey Street in the center of New York City’s Lower East Side neighborhood. All the old architectural details are still there, and right now it sits in one of the most crowded neighborhoods in a very crowded city. Our dream is to take that space back and transform it into a beautiful public gathering space. 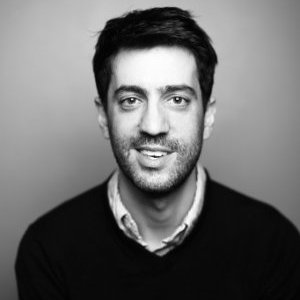 The Kickstarter campaign closed July 8, with 2,564 backers pledging $223,506, exceeding the $200,000 goal. Rewards range from a mention of the backer’s name on the website and a virtual hug ($1), to a private picnic dinner with 10 friends inside the Lowline Lab with co-founders Dan Barasch and James Ramsey ($10,000). Funds raised will go toward building a Lowline Lab, a long-term solar device testing laboratory and public exhibition to test and display the organization’s tech and design vision. There, the company will test solar technology performance; landscape design and performance; and the social and community value of the Lowline. 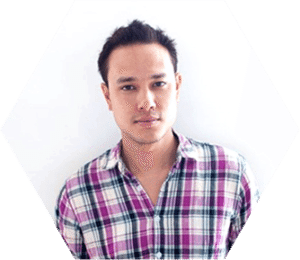 The plan for bringing sunlight underground is to collect sunlight on the rooftops surrounding the Lowline, then use extremely efficient mirrors to reflect that light down to the street level, and direct it underground via tubes. This will yield enough light on the underground to plant a wide variety of plant species. 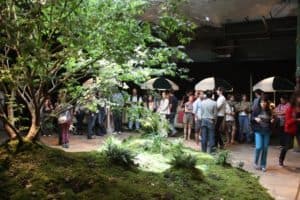 In addition to the awesome factor, the Lowline team has several reasons for building the park underground:

Needed green space: New York City has much less green space per person than other big cities, and the Lower East Side is one of the least green neighborhoods within the city. The Lowline will add a new football-field-sized public space in a community that desperately needs it.

Love of history: This site is the oldest existing relic of the city’s former streetcar past, and features cobblestones laid down by hand by immigrants between 1904-1908. While others might want it to become a boring retail basement or a parking lot, we will preserve the old architectural details while adding in new plants, trees, and futuristic technology.

Inspiring technology: We need to be more creative about how we use space in the 21st century, and the Lowline tech approach helps solve a big problem: making the vastly underutilized underground beautiful, for both plants and humans.

Timeline-wise, the Lowline Lab is set for this year, and the Lowline itself is set to open 2018-2020. Check out co-founder Dan Barasch’s 2014 TED video below.