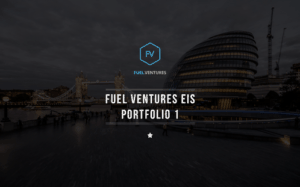 The Fuel.Ventures EIS Fund has achieved it’s £500,000 target on Seedrs. The fund is seeking a total raise of £30 million with a portion of the capital being raised on the equity crowdfunding platform. This is a new EIS fund specialising in super-early seed, seed, and series A stage-investments in the European e-commerce sector.  Formed by European tech entrepreneur and investor, Mark Pearson, his fund will give “everyday investors access to a pipeline of high growth European e-commerce start-ups”.

According to fund representatives, Mark Pearson is the first successfully exited entrepreneur and angel investor to set up an investment fund and open it up to everyone.

The offer, which remains open, presently has 274 investors and the amount raised stands at £539,300.

Early stage investing outside of crowdfunding is not attainable for small investors. The Fuel.Ventures fund will provide access to a select number of startups. 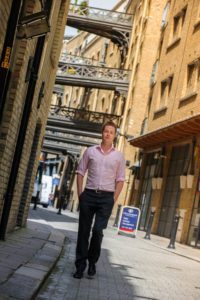 Pearson started Markco Media, the parent company of discount website MyVoucherCodes.co.uk for just £300. It grew to be a multi-national company which sold in 2014 in a deal worth £55 million. According to a release, Pearson’s 10 personal investments have significantly outperformed European Venture Capital. Fuel.Ventures will take a “very hands on approach” of leading entrepreneurs and businesses in the e-commerce space.

“It’s fantastic to have received such support and to have gone past the initial £500,000 target, especially with this being the first time that everyday members of the public have had the opportunity to invest in this way. It’s unheard of for investors to share their pipelines with everyday investors, but together we believe that we can provide early-stage technology businesses with the investment that they need to grow,” said Pearson.

Investing in a select number of start-ups, Fuel Ventures will take a very hands on approach to developing the next generation of leading entrepreneurs and business in the e-commerce space.

Jeff Lynn, Seedrs co-founder and CEO, qualified Fuel.Ventures as a “unique milestone in the evolution of venture capital”.

“By making it possible for people to invest directly into a fund carefully curated and managed by such an experienced team, Seedrs and Fuel.Ventures are stepping one step closer to democratising finance and breaking down the barriers between crowd investors and traditional City gatekeepers,” said Lynn.