Equity crowdfunding platform Seedrs revealed this week that it has raised £10 million during a Series A round led by Woodford Patient Capital Trust plc (WPCT) and Augmentum Capital. The funds will reportedly be used to launch into the U.S. market.

According to TechCrunch, the platform previously captured $7.2 million from Faber Ventures and its very own crowdfunding campaign. It is also set to launch another funding initiative to raise £2.5 million to give shareholders and new investors the opportunity to participate in the round.

Seedrs is currently planning to expand its marketing efforts in the UK as well as the rest of Europe by increasing its platform’s development activities. Thanks to this funding round, the crowdfunding platform is now valued at 30 million on a fully-diluted post-money basis.

In addition to the funding news, managing partner of Augmentum, Tim Levene, was announced as a new member of Seedrs Board of Directions in connect with the round. He shared: 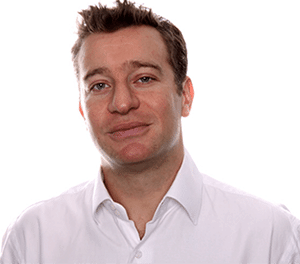 “We have been following the developments in equity crowdfunding for some time and believe Seedrs are the stand out company. The market is still early in its development with many challenges to overcome. However, we believe Seedrs have the right blend of talent, vision, experience and rigour to ensure they become the leader in this exciting space.

“As a fund we’ve already made a number of investments in alternative finance businesses such as Zopa, Interactive Investor, Borro and BullionVault. Seedrs further strengthens our portfolio in this area and marks us out as one of the UK’s leading fintech funds.”

“We are absolutely thrilled to have Woodford and Augmentum leading this investment round in Seedrs. The capital we are raising will allow us to deliver our next stage of growth in the UK, Europe and the United States. As importantly, though, is the signal this investment sends to the market. The greatest fund manager of our time and the greatest financial family in history have looked at the equity crowdfunding space, decided that there is a huge opportunity to be won, and decided that Seedrs is the one that’s going to win it. We are honoured to have both investors on board, we look forward to working with them as we continue to grow.