Monte Cook Games, the Kansas City-based studio behind various Kickstarter successes, returned to the crowdfunding giant’s platform earlier today to raise only $20,000 for the game, Numenera: Into the Ninth World. Within only mere of hours of its launch, the project quickly surpassed its initial goal and is currently sitting at $43,000 thanks to nearly 400 backers. 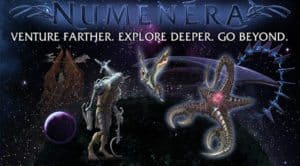 Numenera: Into the Ninth World’s is described as an RPG that puts a new spin on traditional fantasy, creating something unique to reinvigorate the imagination of gamers everywhere. The studio shared that Player characters explore a world of mystery and danger to find leftover artifacts of the past: bits of nanotechnology, the datasphere threaded among still-orbiting satellites, bio-engineered creatures, and myriad strange and wondrous devices that defy understanding. Numenera is about discovering the wonders of the worlds that came before, not for their own sake, but as the means to improve the present and build a future. 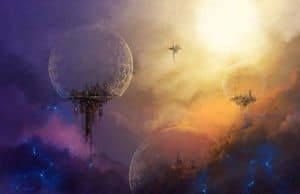 “Over a billion years of Earth’s future, great civilizations have risen and fallen, each attaining wonders beyond our wildest dreams and furthest imaginings. The remnants of these civilizations shaped the Ninth World into a place of incredible beauty, wonder, and danger. And weirdness. Oh, so much weirdness. Explorers who undertake the challenges presented by the Ninth World look not only to the wilderness, but also to the night sky, the ocean depths, and even into the worlds beyond that they cannot easily perceive.”

“Early this year we started an in-depth exploration of the Ninth World, the setting of the Numenera roleplaying game, with the Ninth World Guidebook. Numenera fans were excited to see the world expanded, as that in turn expanded the options for their own campaigns. We knew we wanted to keep going, and that the Ninth World had many more fascinating lands and cultures to explore. But those conventional (sort of) lands are just one aspect of the Ninth World. There were other sorts of realms, inspiring and unique, many of which had been introduced in our previous products but never really explored in depth. 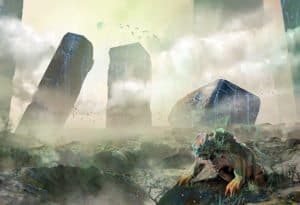 “The obvious first direction was up! The eight previous worlds had all, to one extent or another, reached beyond the embrace of Earth’s gravity. Remnants of those civilizations linger in the Ninth World’s datasphere, and were touched on in adventures such as Vortex and discussion of the moon in the Ninth World Guidebook. This is an aspect of the Ninth World we’ve wanted to develop since—well, since Numenera came into being!”

Excited about the game receiving its funds quickly, the studio announced: 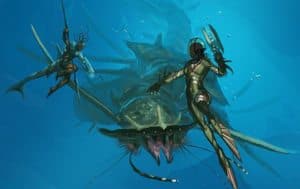 “You are incredible! We hit our funding goal just as we ticked over the one-hour mark. We’re super excited about the titles this campaign is funding, and were really hopeful that it would do well—but you have exceeded our wildest expectations. Thanks so much. This is going to be great!”

Numenera: Into the Ninth World’s Kickstarter is set to close on September 9th.