Growing Underground, a London-based food company that is backed by celebrity chef Michel Roux Jr., Neil Sanderson the MD of Florette, Glen Fernandes a Director of HSBC and Ed Gillespie the sustainability pioneer, has launched an equity crowdfunding campaign on Crowdcube to secure  £200,000 for its brand new Subterranean Farm concept. 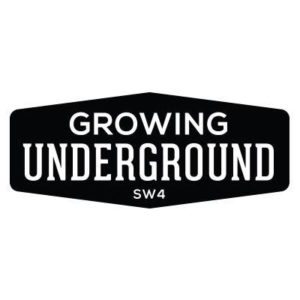 “The Growing Underground team of Richard Ballard, Steven Dring and growing guru Chris Nelson have compiled a board capable of delivering expansion and growth (excuse the pun). The business, to utilize redundant underground spaces to produce leafy greens, herbs and micro herbs by using the latest LED and hydroponic technology with a zero carbon footprint, is now a reality.”

Noting the progress it has made on the Farm, Growing Underground revealed:

“Overwhelmed by our initial crowdfunding campaign, we have now finished building phase one of the farm, transforming the tunnel beyond recognition into the streamlined, lab-condition, farm we see today. 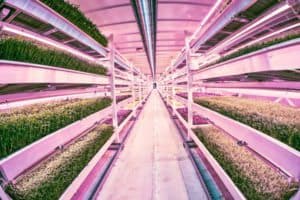 “The farm consists of 600 square metres of growing space which will have doubled by the end of the year, a food production picking and packing area, propagation rooms, R&D facilities, cold storage and bio security measures. With crops grown in a sealed clean-room environment, it includes a bespoke air movement system, advanced LED lighting and irrigation, that all enable the farm to produce crops with very low energy usage.

“Following many design iterations over the last year, followed by trials of the final design which were tested above ground on a farm in Yorkshire. The equipment was then rebuilt underground and is the farm you see today.

“The farm is situated in an identical tunnel to our original site in Clapham North, just along the road at Clapham Common. This site which was recently used for document storage has a significantly higher specification than our initial site, and there was still considerable work required in certain areas to bring the tunnel to the standard required for a food production facility. The original site remains under lease and during our four year rent free period it will be made ready for our future expansion.”

Also sharing why they turned to Crowdcube for help, the company revealed: 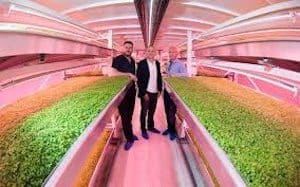 “We are now fundraising to finalise the supply of produce to wholesale and end-user consumers. To achieve our goal of producing crops that are consumed by all, we need to install a higher specificatio packing and processing system that can achieve the volumes required by retailers. Additionally, there are still some areas that require final touches these include, more cold storage, some final electrical and plumbing work, and an upgrade to our lift. These areas will not only make us more effecient but position us to supply in volume to all customer segments, specificilly retail in the future as the business grows.”

In regards to other funds it has recieved, Growing Underground added:

“We have now completed on a corporate investment from G’s Fresh whom we have given a 13% stake in return for an investment of cash and services. G’s is one of Europe’s leading fresh produce companies, established in 1952, G’s supply customers across UK, Europe and the USA. They manage the entire process from seed to shelf; via growing through to production and marketing. The company is, at its heart, a family business with very strong values for its people, its customers and its suppliers, as well as enormous respect for the environment and nature. 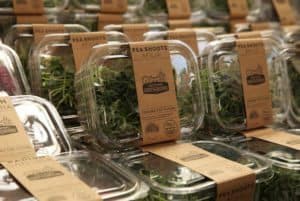 “Their farms and production facilities are located throughout the UK, Spain, Czech Republic and the USA, with over 16,000 hectares of agricultural land. The agreement not only provides us with a cash investment, but a range of services from management accounts, purchasing, HR, access to Graduate scheme, health and safety, IT and R&D. This on-going support will inevitably help in scaling the business in the coming years. G’s will also be responsible for driving sales through the multiple retail sector, an area where they hold considerable experience.”

Those who invest in the company through Crowdcube will recieve 8% in equity. Since its launch, the campaign has raised £57,480. It is set to close at the beginning of September.