Armello backers, the wait is over! The game, which was first introduced on Kickstarter last year by League of Geeks, is now available for PS4, Windows, Mac and Linux. 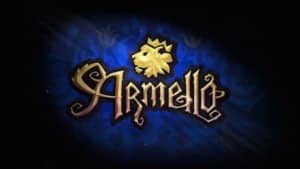 The description of the game reads,”The King, once Armello’s wise and benevolent ruler, has fallen ill to a dark and mysterious force known only as the Rot. Slowly eating his body and soul, the Rot twists him deeper and deeper into madness. In response, Armello’s Great Clans have called forth their Heroes to claim the throne of Armello; and this is where you start your adventure, Hero.”

The launch version reportedly improves what the Early Access community awarded a 93% positive rating by doubling the number of playable characters from four to eight, introducing a new winter themed board, overhauling all the graphics while maintaining the same art-style and completely revamping multiplayer matchmaking.

Trent Kusters, founder and director of League of Geeks, revealed: 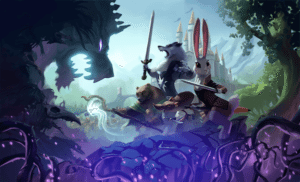 “When we first had the crazy idea to blend the deep strategy and experience of tabletop gaming with the stunning visuals and rich, immersive experience that digital affords, we could never have imagined how far that idea would take us. After years of dedicated hard work and with the help of an outstanding in-game community, Armello has reached a level of polish and sophistication that makes us very proud to formally release it as the very first game from League of Geeks.”

Armello can be purchased on Steam and PlayStation 4 for $19.99 USD. Playstation Plus members can pick up Armello with 30% off for the first two weeks after launch. The game is available in 13 different languages including English, French, German, Spanish, Italian, Simplified Chinese, Korean, Dutch, Polish, Russian, Brazilian Portuguese and Japanese.