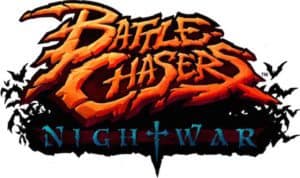 “The Grey Line. An impenetrable wall of mist hovering over the West Waters, stretching endless from north to south, and towering from ocean crest to dark sky above. 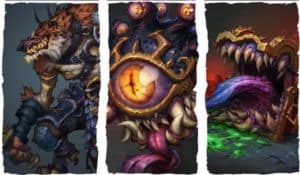 “Nothing has ever come from, or survived entering, the historic monolith. The great hero Aramus felt a calling from the Grey Line and crossed, despite the dangers. And like countless warriors, vagabonds, fugitives and fortune seekers before him, never returned. Now, his daughter Gully and her unlikely band of adventurers venture into the mist to uncover her father’s mission.

“Along the way they’ll meet friend and foe alike while piecing together the silent history of the Grey Line, and the dark secrets within.” 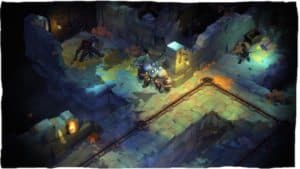 “Battle Chasers: Nightwar is a love letter to one of our favorite genres of gaming: the JRPG. We grew up playing legends like Final Fantasy, Suikoden, Chrono Trigger, and Phantasy Star. While many greats continue to come from Japan, very few western developers are creating them.”

Nightwar is currently planned for release on PC and Mac, both on Steam and DRM-free on GoG. If the campaign achieved its stretched goals, the game will be available for Xbox One and PS4.

Since its launch, the funding initiative has successfully raised over $230,00 from nearly 3,500 backers. It is set to close on October 10th.