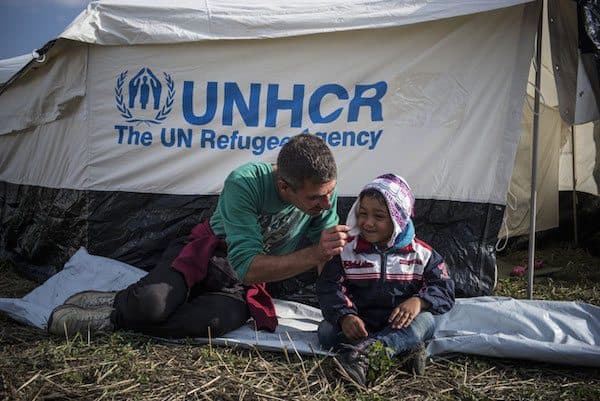 With less than 24 hours until its crowdfunding campaign dedicated to Syrian Refugees comes to an end, Kickstarter has successfully secured over $1.6 million thanks to 26,000 backers. 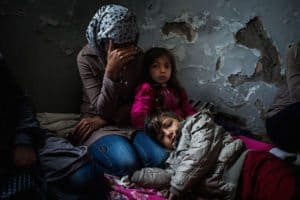 Last week, Kickstarter’s Yancey Strickler announced that the White House reached out and asked if its team could be utilized to aid in the refugee crisis that is besetting Europe – and the world. The strife in Syria and the challenges of ISIS has devolved into a quagmire that has forced tens of thousands to flee; for safety and a better life. At the White House’s invitation, Kickstarter, in conjunction with the UN Refugee Agency, decided to launch the campaign to deliver assistance for those in need.

Strickler wrote on the platform’s blog:

“We immediately told them yes — and at their invitation, Kickstarter is working with the UN Refugee Agency to raise awareness, raise funds, and deliver aid to those in need of it. We’ve all seen the images of people fleeing for safety with nowhere to go and precious few resources. It’s not a crisis that can be solved overnight, but a strong outpouring of support can provide crucial assistance to people who need it. 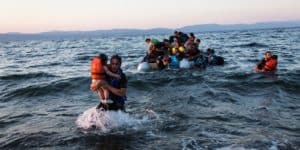 “The rewards are all about giving, not getting. And we’ll be donating 100% of our usual fee to support these aid efforts. Even a little support can give a family dry clothes, fresh water, or a place to sleep — those small things that become everything as soon as you’ve lost them.”

Kickstarter estimates that this money may help 3000 people with immediate necessities and a place to sleep. The platform shared: 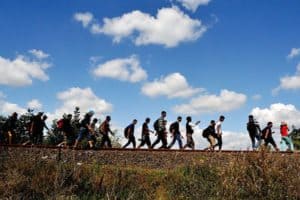 “This year alone, half a million refugees have found their way to Europe. Many of them arrive exhausted, malnourished, and carrying the few possessions they could save. Six thousand more are arriving in Greece each day. Globally, more than half of the refugee population is under 18. Often, children end up separated from their loved ones, lost in strange new places.”