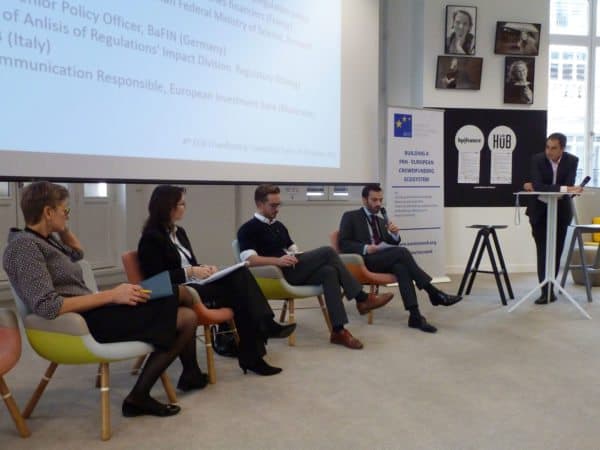 Insights from the European Crowdfunding Convention 2015

The European Crowdfunding Network (ECN) has been holding its 4th Convention in Paris. The main topic of the first day was the Capital Markets Union and its implications for crowdfunding.

As it stands, Europe’s equity markets are less than half the size of US capital markets while the two economies are roughly of the same size. European financial systems have traditionally been bank- centric, which may explain why they have more problems recovering from the banking crisis. There needs to be more balance. It is expected that the European economy would be more crisis resistant if capital markets played a greater role.

In addition to the general issue of underdeveloped capital markets, small and medium-sized companies (SMEs) have even more limited access to equity funding because existing capital markets are designed, serviced and regulated with larger firms in mind.

For this reason, the European commission has proposed an action plan that includes promoting innovative forms of business financing such as equity crowdfunding and crowdlending.

Local crowdfunding regulations do not help the EU regulation process 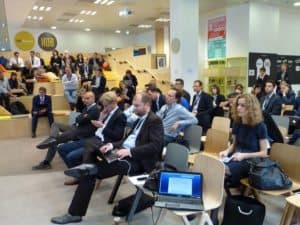 Steven Maijoor, Chair, European Securities and Markets Authority (ESMA) expressed his regrets that local governments of the European Union such as France, the UK and Spain are publishing local crowdfunding regulation that will ultimately be very difficult to harmonize.

He argued that equity crowdfunding can already be regulated within the existing capital market regulation framework, MIFID. He underlined the many benefits of the European regulation in terms of customer protection. Not only does it contributes to fighting fraud but, most importantly, it creates transferable securities and provides the basis for secondary markets that are an essential part of customer protection.

“The ability to trade private securities on a secondary market is a classic investor protection issue, in a MIFID world, securities are transferrable securities” 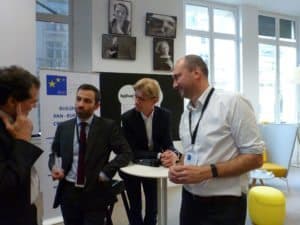 In addition, Investment Services Directive (ISD) enables crowdfunding platforms to operate across all European countries using the so-called passport that enables any investment services firm regulated in one country to serve investors and issuers from other European countries.

The ESMA is looking very closely into crowdfunding but it has no intention to propose a specific passport for crowdfunding platforms because existing regulations for investment services, securities trading, and banking already provide all the ingredients for “passporting” crowdfunding.

Why national regulators continue to regulate away

EU regulation may, in principle, provide crowdfunding platforms with all regulatory ingredients necessary to create market trust and operate across borders, but it does not work in practice.

The first reason is that even where European regulations in the form of a European Directive exists, local governments may interpret it in different ways. Local authorities also respond to local demand by SMEs and crowdfunding platforms by providing exemptions to European capital market regulations and innovating at its margins. This is not about to change.

“Whereas we agree that convergence is the goal, the CMU should not be an attempt to create a centralized market. There should be room for national preferences.” 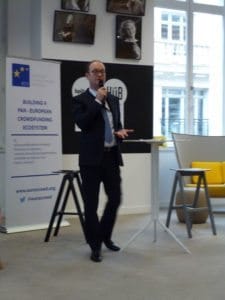 “If a UK company wants to raise funds from a Finnish investor on a German equity crowdfunding platform, it is quite unclear which of these limits will apply.

This state of affairs is not specific to crowdfunding. It is characteristic of the complexity of operating in the fragmented European market where, according to the principle of subsidiarity, local regulators often believe that they should exert their precedence over EU regulators.

For SMEs, the cost of EU regulation is out of whack with its benefits 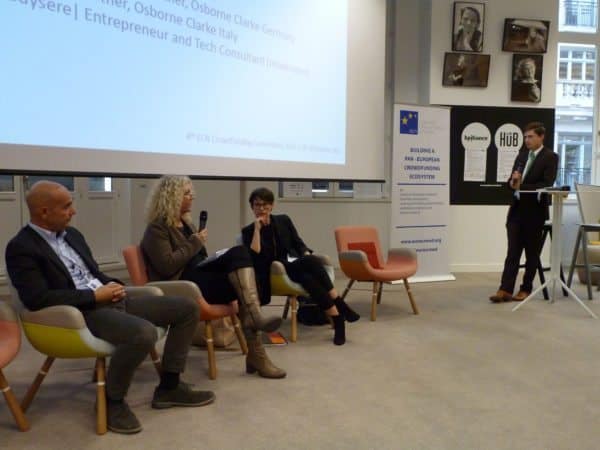 The second and equally important reason why EU regulation is not easy to implement is the cost. Where capital markets regulation could apply to crowdfunding, its cost is out of reach for both SME issuers and platforms.

For example the cost of listing, servicing and clearing securities on traditional exchanges, and, to some extent, due to regulation, on alternative exchanges as well (MTFs), is very high –thus barring SMEs and crowdfunding platforms from offering a secondary market for their shares.

Even if the CMU intends to lower some requirements such as the prospectus requirement, the entire capital markets’ ecosystem is currently geared towards servicing larger issuers and publically traded companies.  Thus, beyond regulation there is a need to create a more cost-effective ecosystem in line with the cost efficiencies of crowdfunding marketplaces.

In the end, the resolution of the tension between EU regulation and national regulations might not come from issuing more EU regulations but from dealing with existing ones:

“Many believe that rescue will come from more EU regulation, but they will be disappointed because a crowdfunding-specific EU regulation would only add more layers on top of local regulations. What is needed is agreement on exemptions from EU regulations such as MIFID.”

Regulators are concerned with customer protection, and in particular with protecting retail investors.

Traditionally, in the bank-dominated European market, consumers have been encouraged to place their savings in risk-free deposit accounts or in packaged instruments with low risk and a lot of fees attached to them. Distrust with established finance, low-interest rates and the need to fund their retirements now lead many retail investors to look for better return and get more involved in capital markets.

This creates is a need for consumer education as much as for customer protection.

Therese Torris is an entrepreneur and consultant in eFinance and eCommerce based in Paris. She has covered crowdfunding and P2P lending since the early days when Zopa was created in the United Kingdom. She was a director of research and consulting at Gartner Group Europe, Senior VP at Forrester Research and Content VP at Twenga. She publishes a French personal finance blog, Le Blog Finance Prat