Kabbee, the minicab price comparison and booking app, has today launched a crowdfunding campaign targeting at least £1 million through Crowdcube, in a bid to become the UK’s leading fixed fare cab app and reach over £90m in bookings on a national scale in 2018. 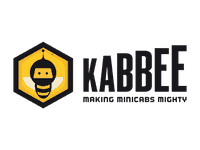 With intense competition in the UK’s cab sector, Kabbee is future-proofing its first-to-market aggregator model. The investment will enable the app to reach major cities outside of London, whilst updating its established dispatch and GPS technology, supporting minicab firms.

Despite playing in the same space as the fastest growing company of all time, Kabbee has been growing successfully in London for four years, and revenues are on track to increase from £790,000 in 2013 to over £1.8 million in 2015.

Investors in this crowd round will be entitled to a stake of the business, as well as up to one year’s Kabbee Loyalty membership, giving them free cab credit, executive journey upgrades, access to their 5 Minute Punctuality Promise, and a wide range of treats from Kabbee’s partners. Ahead of the public campaign launch, Kabbee extended the investment opportunity to its existing customers, and the wave of support received so far has given the funding round a good head start.

Since its launch in 2011, Kabbee has received investment from two of the UK’s most successful e-commerce entrepreneurs, Ed Wray, co-founder of Betfair and Simon Nixon, founder of Moneysupermarket. Kabbee is also supported by Octopus Ventures, which backed Zoopla. By the end of 2015 the Kabbee app will have been downloaded 600,000 times and transported 250,000 passengers on 1.75 million journeys.

Justin Peters, Kabbee’s CEO and founder commented on the future of the business: 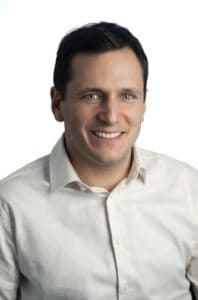 “We’ve spent over £2m on technology to build a scalable technology platform. We’ve been making minicabs mighty for Londoners for four years now and by securing £1m investment, this will kick start the process of taking the service to the rest of the UK.”

“Many minicab fleets are struggling to survive amidst tough competition in the digital world, and as the leading London aggregator, we’re in pole position to give them the technology, data, operations and marketing strategy they need to succeed. We can’t wait to get started.”