Real estate crowdfunding company, CoAssets Pte Ltd, (“CoAssets ” or the “Company ”) (NSX code: CAX), announced this week it received principle support from the government of East Java, for its upcoming EPIC event to be held in Surabaya, Indonesia.

The East Java Investment Board has identified CoAssets, through its JV Company Javaland, as a key enabler of FDI growth and local investment throughout the region. By publicly supporting CoAssets upcoming EPIC event in Surabaya, the government of East Java is demonstrating its willingness to fully support technological innovation in the financial sector, as EPIC will not only bring together crowd funding platforms such as CoAssets, but also other players within the fintech space. 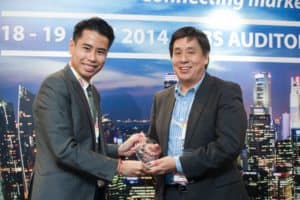 “We are honored to receive the support of the East Java Investment Board for the upcoming EPIC Conference. This shows that governments around the region are starting to recognize the potential of crowdfunding and fintech. By choosing to partner with CoAssets via our Indonesian JV partner, PT. Javaland Promosia Indonesia, this is a form of recognition that we are a market leader in Asia’s crowdfunding space. We are aware that other crowdfunding sites have been trying to gain a foothold in Indonesia, but I am pleased to note that with the help of our local partner, we have been able to make good progress.

“From the business end, we are also using the EPIC Conference to crowdfund some potential deals. With the expected attendance of about 1,500 to 2,000, it will be a good way to seed the growth of CoAssets’ Indonesian investor base. This will also give us a chance to trial some deals to validate the receptiveness of the Indonesians toward crowdfunding.”