This was an expo over two days (December 7th and 8th) with more than 500 attendees. Delegates included the Chairman of the East Java Investment Board and the Governor of East Java. Bank Mandiri, Indonesia’s national bank, was a major partner of the event, in addition to educational institutions, Indonesian European University and Ciputra University.

The aim of the event was to raise awareness of crowdfunding and CoAssets in Indonesia. Most encouragingly, EPIC demonstrated the Government’s support towards technological innovation in the financial sector. The East Java Investment Board sees the vast potential that financial technology and investment platforms can bring to support small and medium enterprises and entrepreneurs in East Java.

Following the event’s success , a LOI (letter of intent) was signed with the East Java Investment Board (EJIB) for PT CoAssets Javaland Indonesia to organize two EPIC events in 2016. In addition, two MOUs (memorandum of understanding) were agreed with local universities, University Ciputra and Indonesian European University (IEU), to work with students and faculties to promote crowdfunding as an alternative way to fund new business and start-ups.

Commenting on the news, CEO of CoAssets Getty Goh stated: 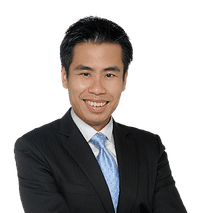 “This is a good debut event for CoAssets. Prior to this event, not many people knew of CoAssets in Indonesia, but through this trade conference I’m pleased to note that we have gained significant prominence within East Java. It has also been great to receive the support of the East Java Investment Board, together with the Governor’s Office, which shows that governments are starting to recognize the potential of crowdfunding and of financial technologies more broadly. It is not easy to get a government official as high ranking as a provincial governor to grace the event and the fact that he attended is a recognition of the credibility of our platform and the industry we are in.”

“Our approach of engaging users, while novel is quite effective. A case in point would be our user conversion rates. Based on our statistics, our funder conversion rate is actually on par with international platforms like Kickstarter and Indiegogo. However, what is interesting is the difference in funding size. Based on independent research, the average funding size per active user is roughly US$160 (according to 2014 Kickstarter figures), whereas our average funding size is about US$21,000, which means that we derive more from our funder base. Therefore by working with government agencies and education bodies to add more to the local ecosystem, we are confident that crowdfunding will become more commonly adopted.” 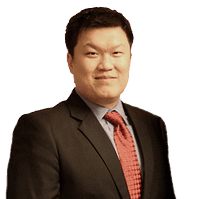 “We are excited by the MOUs signed with local universities, as working with educational institutions is a great way to promote crowdfunding and a sustainable way for us to acquire users from an early stage. We are also very proud of our EPIC events which are delivering successful investment transactions and increased awareness of crowdfunding.”