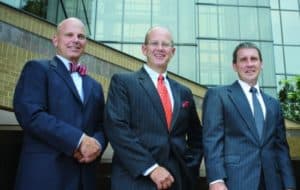 Allegiancy indicated its intent to use Reg A+ to raise capital early on. Back in September, the commercial real estate management firm stated it would seek to raise the maximum amount of $50 million.  The firm then adjusted the target to $30 million in October and announced it had appointed WR Hambrecth + Co to assist in the offer.

This week Allegiancy stated it would hold a webcast, on January 13th at 4PM EST, to discuss how the firm will use the new funds.  The stated intent is to invest in its proprietary technology, boost staff, grow operations and make new contract acquisitions.

According to the filing with the SEC, Allegiancy will raise a minimum of $15 million at $14 per share.  If the offer hits the maximum $30 million amount, Allegiancy will net out $28.595 million following expenses.  Following the offer, Allegiancy intends on listing on the OTCQX under the symbol of AGCY thus potentially providing a liquidity avenue for early investors.

The webcast will be hosted by Steve Sadler, CEO of the company.