With nearly a month until its equity crowdfunding campaign on Seedrs comes to an end, Chapel Down’s (EPIC: CDGP) Curious Brew has successfully capture over £1.4 million. 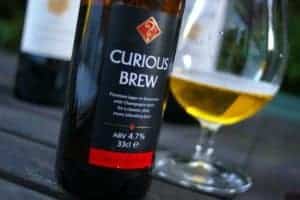 As previously reported,  Chapel Down hit Seedrs last fall to support the expansion of the company’s “fast growing beer and cider business” – Curious Brew. According to a report provided by the company, Chapel Down’s beer and cider business continues to grow at about 40% per year.  Demand has been driven by broadening distribution.  The Curious Brew lager is said to be the best selling craft beer in Majestic Wine.

The new capital will be utilized to build a new brewery and visitor attraction in Ashford, Kent.  The facility is expected to become operational in December of 2016. Investors will receive perks beyond owning a stake in the firm including free brewery tours and 25% discounts on beer and cider to their names etched on brewery fermentation tanks and exclusive limited edition beers. 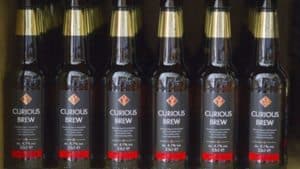 Earlier this month, British supermarket chain, Waitrose, announced that Curious Brew was named best-selling craft beer that it currently offers. According to Off License News, Sales at Curious Drinks were up 33% in the first six months of 2015 to just under £1 million. Kate Prall, beer buyer at Waitrose, stated: “The crisp flavour of this classy lager appeals to both beer aficionados and wine drinkers alike.

“The crisp flavour of this classy lager appeals to both beer aficionados and wine drinkers alike. It’s refreshing finish cuts through rich food and makes a refreshing change to wine. The addition of sparkling wine made it the perfect alternative tipple to toast in the New Year.”