Last week, Crowdcube #FundedClub member Bellfield Brewery announced it has launched its very own gluten-free beers. The first two beers were presented at the Allergy & Free From Show in Glasgow this past weekend. 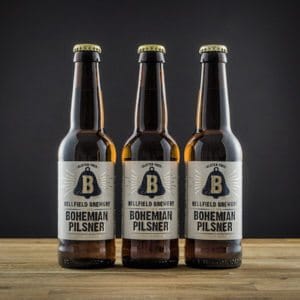 “For passionate beer drinkers who have to avoid gluten, it’s tough being denied one of the great joys of life! From our research the number of dedicated gluten free breweries in the world can be counted on the fingers of one hand (there are dedicated GF breweries in the US, Australia, Finland and Canada but none in UK – yet). We plan to join this elite group, producing beers and lagers that will be produced in small batches, using traditional brewing methods combined with non-traditional ingredients: a combination of art and science.”

During its Crowdcube round, the company secured £178,800 from 166 investors. Now, nearly a year later, Bellfield Brewery unveiled its new IPA, Lawless Village, and a traditional pilsner, Bellfield Bohemian. Founder of the brewery, Marie Brown, stated to the Daily Record: 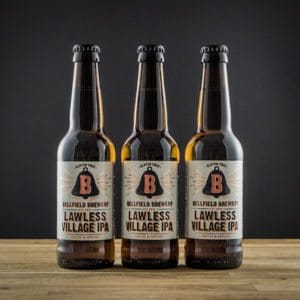 “We believe there is very significant market opportunity to exploit the sweet spot between the continuing popularity of craft beers and the momentum in the demand for gluten-free food and drink, both in the UK and internationally. We’re the first dedicated, gluten-free craft beer brewery in the UK, and our mission is to make great-tasting beers, that just happen to be GF. The thing that most coeliacs miss most once they’re diagnosed with the disease is seriously good, tasty beer and we aim to put that right.”