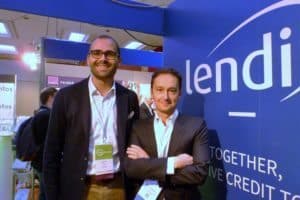 Marketplace lender Lendix has acquired short term loan specialist Finsquare. Lendix, the largest marketplace lending platform in France, said that Finsquare’s product addressed a “real demand for lenders and borrowers alike.”  The acquisition was viewed as highly complementary to the Lendix platform – an online lender that already services multiple veriticals including in France.

“[Finsquare] fits perfectly with our current offering, which is focused on longer term loans and financial leases . It’s a logical expansion of our range of financing solutions for SMEs.”

Finsquare was launched in 2014 by Adrien Wiart and Polexandre Joly.  The short term lending platform is said to have 3,500 active lenders. Finsquare has originated over € 4 million to date.

“We’re convinced that the acquisition of Finsquare by Lendix is a great opportunity for our community of lenders, which will also allow us to focus on growing our GoCreditPro business line, ” stated Joly. 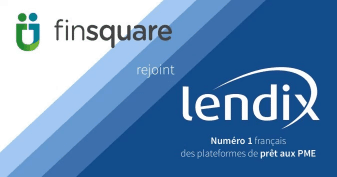 According to Lendix, existing Finsquare lenders will migrate over to the Lendix platform.  Finssquare has incorporated a “lender protection insurance” program which will remain in place for already committed loans. Going forward the insurance will not cover new credit facilities. Patrick de Nonneville, COO of Lendix, explained they will make additional announcements on investor security in Q2 of 2016.

“The opportunity is huge. Crowdlending should easily capture a piece of the € 80 billion of annual SME lending. The only hurdle is communication.”