Cell Therapy revealed that it been granted a Japan license for its innovative cardiac regeneration medicine, Heartcel, to Daiichi Sankyo, a global pharmaceutical company and the second largest in Japan. The £12.5 million will include a upfront licensing fee, along with additional milestone payments and royalties. 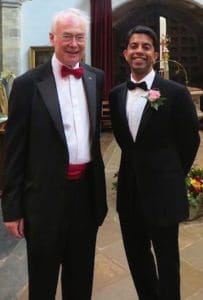 “After a competitive process, we are delighted to partner with Daiichi Sankyo in Japan. The accelerated regulatory pathway for regenerative medicines in Japan enables faster patient access, making it a natural priority for us. This allows CTL to focus on U.S. and European Phase 3 trials and accelerating the development of our pre-clinical pipeline.”

“CTL’s in-house technology focuses on the discovery of novel tissue-specific cellular medicines. We are delighted that Daiichi Sankyo share our belief in iMP cells’ potential in heart regeneration. This partnership is a validation of Cell Therapy’s novel approach and discovery technology.”

Daiichi Sankyo will now be undertaking all developments, regulatory and commercial activities for iMP cells in Japan. Cell Therapy will retain worldwide rights outside Japan.