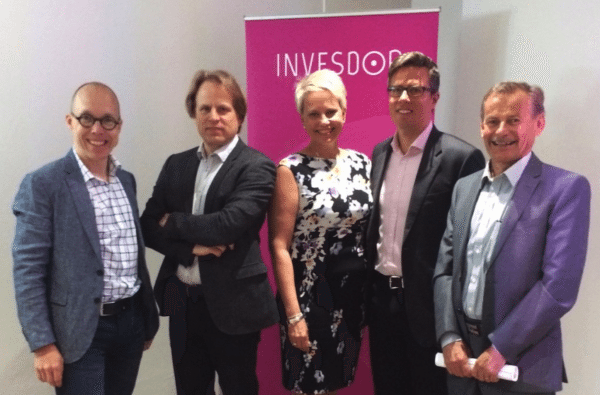 Helsinki based Fintech firm Invesdor is expected to launch its self-crowdfunding round next week on May 17th.  Founded in 2012, Invesdor launched as an equity crowdfunding platform but has since expanded into other products and other markets. Today Invesdor offers both debt and equity for domestic and international issuing firms. In 2015 Invesdor received a Europe-wide Markets in Financial Instruments Directive or “MiFID” investment firm license thus aiding their expansion. The MiFID license will ease the process of establishing operations in many EU countries. Their goal is to become the best cross-border equity and debt crowdfunding platform in all of Europe.

This is not the first time Invesdor has offered shares in itself by using its own platform. Last year, Invesdor raised € 1 million from 143 investors, from 16 different countries.  The valuation at that time was pegged at just under €6 million.  Today that valuation has jumped much higher as the platform has expanded its reach.

Invesdor states that wealth management firm Taller Oyj will be increasing its ownership stake during this funding round – a nice sign of commitment.  Also, Invesdor believes a round of platform consolidation is in the offing. Invesdor believes they are well positioned to take advantage of any possible opportunities.

To date, Invesdor has raised approximately € 14 million for 57 equity offers. The company has experienced annual revenue increases of over 300% for 2015.

“What we have created is a digital fundraising process that works for all kinds of companies. We are categorizing our companies as seed, early (turnover from 100,000 to 500,000), growth (upwards of 500,000) and an IPO…. “One of the motivations for why I love what I’m doing is that we are protecting the small guy and making it (funding process) more transparent.“