Papa Roach, an American rock band, recently launched a crowdfunding campaign on PledgeMusic to raise funds for their upcoming album. 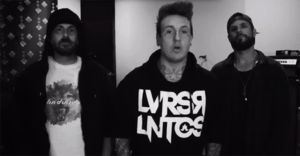 According to various reports, Papa Roach (which consists of Jacoby Shaddix, Jerry Horton, Tobin Esperance, and Tony Palermo) took to the studio earlier this year to write lyrics for the next studio record. The group is now ready to finish the last bit of the recording processes and needs their fans to finish. As part of the campaign, the band stated that they are offering some pretty interesting perks to backers:

“You know a new Papa Roach album is in the works! We’ve teamed up with PledgeMusic to offer you an early experience like none other – including some really cool and unique things that we hope you’ll enjoy.” 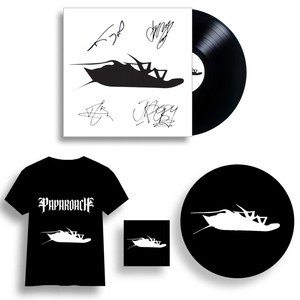 These perks includes the usual, such as the digital CD, signed albums, vinyl, voicemail greetings, and t-shirts. But the unique perks are a refrigerator from the band’s studio, bubble soccer with the band, the Love, Hate, Tragedy album baby prop, and even the group’s studio is up for grabs (for $600,000).

Papa Roach also noted that once backers pre-order, they will be given access to the pledge-only site, which will also include the updates page. The group revealed that it will bring backers into “their world.” They will hear new songs, videos of the band recording, and even pictures of them at home.

The band has yet to announce when the new album will be available in stores.