Notion, a home monitoring system that is benefitting from the boom in the Internet of Things (IoT) development, announced earlier this month that it has secured $3.2 million during a seed round that was led by XL Innovate. Liberty Mutual Strategic Ventures, the strategic venture capital arm of Liberty Mutual Insurance Global Consumer Markets’ business, also participated in the latest round. 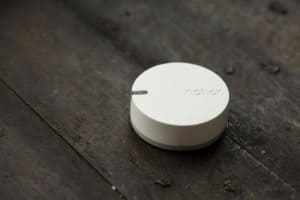 Notion successfully raised over $280,000 on Kickstarter in the summer of 2014 and then transitioned into a pretail campaign.  The concept is one of creating a single small device that incorporates multiple sensors. Its system is connected to a central hub that interconnects all of your devices which may be managed or monitored in an app.

“For years, people have been able to receive discounts on their homeowners insurance by installing a security system.  However, these systems typically come with high costs, long-term contracts, and minimal functionality resulting in only about 20 percent adoption in the US. Our goal is to provide the remaining 112 million homeowners without a security system, with the smartest solution to protect their homes and families. We want to bring the promise of IoT to all homeowners by addressing their biggest needs in a readily accessible and affordable package.” 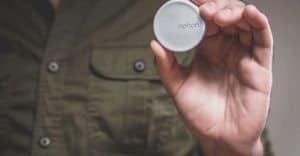 “By bringing a super smart and simple IoT solution to homeowners, Notion can change both a homeowner’s experience as well as transform the insurance industry. Simple, reliable sensors that are easily deployed and capable of capturing relevant data can lead to a significant prevention of property damage. Homeowners benefit by having 24/7 insight into the health of their home and insurers can offer loss reduction initiatives. It’s a win-win.”

Funds from the round will be used to accelerate Notion’s go-to-market as the company delivers on its mission to provide millions of homeowners with safety, peace-of-mind and cost savings through an elegant and cost-effective IoT solution.

As part of the financing round, Notaras will join the Notion board of directors.