We’ve hit the one month mark since Title III became effective on May 16, 2016, and are just starting to see the first data points of this new industry. Here are some juicy statistics: 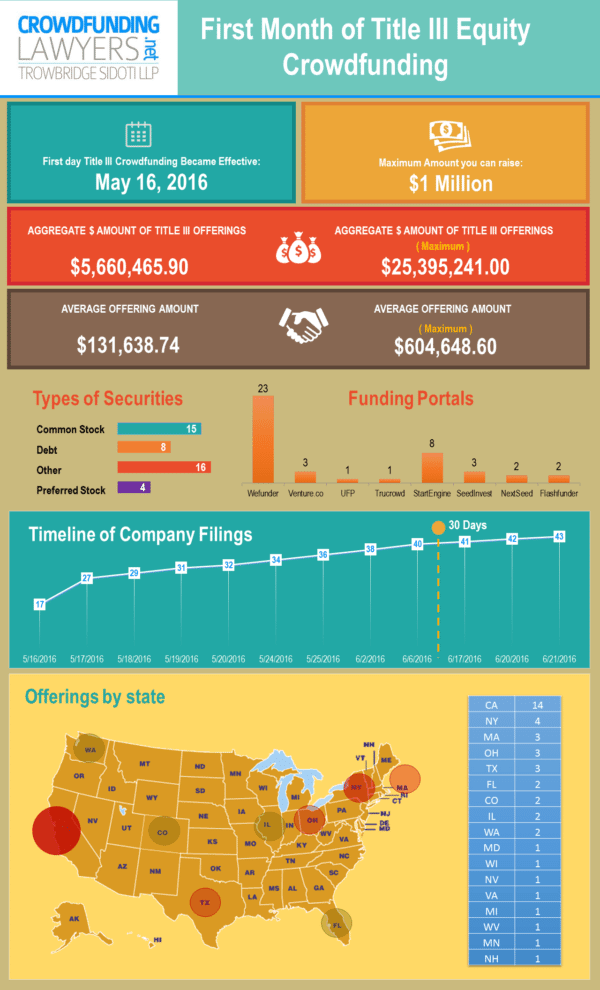 In the first 30 days of the filing’s becoming effective, 40 companies have become issuers using Title III (as of the writing of this article, that number has increased to 43 companies). Out of the gate, 27 companies were lined up and ready to launch their crowdfunding campaign. 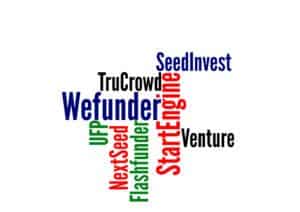 The type of companies running campaigns has spanned a broad array of both types of businesses and demographic of the founder. Although there are more equity campaigns than debt campaigns at the moment, of the two most successful campaigns (as measured by investment commitments v. their minimum goal), one is a debt offering (Hops and Grain Production LLC) and the other is an equity offering (Beta Bionics, Inc.).

It’s also interesting to note that campaigns relating to alcohol and alcohol production tend to be doing quite well. There are currently at least three alcohol-related companies with active Title III offerings, and they have among the highest dollar amount of commitments—although, note that investment commitment does not necessarily translate into investment dollars; some investors may commit but may pull out of a deal before closing the deal.

One of the most interesting data points was the distribution of capital across the United States. Traditionally, venture capital funds have come from New York and California; crowdfunding presents the opportunity to disperse more capital to more areas of the country.