Crowdfunding platform Kickstarter recently announced it is collaborating with Qrates, which is described as an award-winning, one-stop service for creating and releasing vinyl records, for a new initiative called MAKE Vinyl. According to Kickstarter, the MAKE Vinyl initiative is set to help music creators access more tools and resources to successfully fulfill their projects and develop their careers further. It was also revealed: 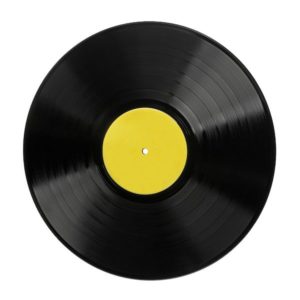 “Through MAKE Vinyl musicians enjoy support from the Qrates team, which has expertise in budgeting, designing, pressing, fulfilling, and distributing vinyl records. The Kickstarter Music team will help set up your projects for success with pre- and post-launch tips and if needed, feedback on your projects before they’re live.”

Between June 5th and August 1st, music creators must draft a music project where at least one of their rewards is a vinyl record. Kickstarter noted that any project with a vinyl reward will be promoted to its international music fan community. The project must go live the first week August and throughout the month, the funding portal will celebrate music projects and encourage its community to take a look at the projects.

Kickstarter went on to add that projects in the MAKE Vinyl campaign can use promo code KICKSTARTER05 for a 5% discount code from Qrates to be used towards pressing and fulfilling your project.