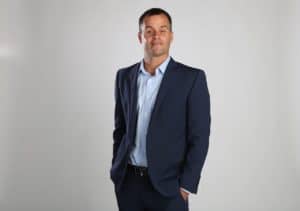 Prospa, an Australian online lender for small businesses, has appointed Damon Pezaro as its first Chief Product Officer. The online lender described the appointment as part of an expansion to its product offering to help more small business owners access finance.

Pezaro joins Prospa from Domain, where as CPO he led major transformation across the business and, apparently, a dramatic period of growth. Pezaro stated;

“This is an exciting time to work in Fintech, and Prospa is experiencing amazing growth. I’m looking forward to helping take things to the next level.”

Prospa has already provided more than 10,000 loans for over $350 million for Australian small business. Earlier this year, Prospa was recognized at the Finnie Awards as the Fintech Leader of the Year.

“Everything we do at Prospa ties back to solving problems for our customers: our success is built through theirs. Damon is one of Australia’s top CPOs and we’re confident he will help us drive a significant change in the way small business owners experience finance,” said Beau Bertoli, co-CEO of Prospa.

Greg Moshal, co-CEO of Prospa, said the addition of Pezaro marks a significant turning point in their product growth plans;

“…His leadership and experience will be invaluable in the coming months and years.”