China Rapid Finance announced on Monday it has exceeded 20 million cumulative loans facilitated since its marketplace lending platform launch. According to the lender, this new milestone demonstrates accelerating the growth of its consumer marketplace due to the fact that the number of facilitated loans has nearly doubled within the past six months from 10.7 million cumulative loans as of the end of 2016. 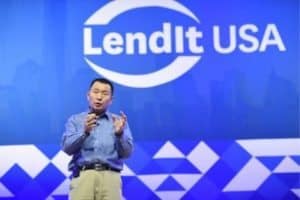 “We are well on track to continue expanding our platform as we serve the needs of our target Emerging Middle-class, Mobile Active consumers (EMMAs). They clearly enjoy our proprietary digital credit solutions. Our ‘low and grow’ strategy starts out new borrowers with smaller, shorter-term loans and then selectively offers larger, longer-term loans to repeat borrowers that demonstrate positive credit behavior. We are well-positioned to scale with a low borrower acquisition cost of retaining high-quality EMMAs as they build their credit histories on our platform, and have the potential to serve their lifetime credit needs. As a result, our ‘low and grow’ model creates high customer lifetime value and a source of sustainable growth for the Company.”

“In addition, PRC regulators have launched efforts to maintain high standards in the fast-growing online lending industry, to eliminate non-compliant industry players and thus to build a stable, sustainable, and healthy environment in which compliant and responsible companies will be able to thrive and grow. We welcome these initiatives and believe they will benefit the industry leaders such as China Rapid Finance.”

China Rapid Finance noted that one a year-over-year basis, second facilitated loans have jumped by over 350% to more than 5 million, up from approximately 1.1 million cumulative loans in the same quarter of last year. The lender added it continues to achieve a high rate of customer retention, with approximately 73% of borrowers on its marketplace were repeated borrowers as of March 31st.

The news of the 20 million cumulative loan facilitated milestone comes less than two months after China Rapid Finance released its unaudited financial results for the first quarter of 2017, which revealed the following: