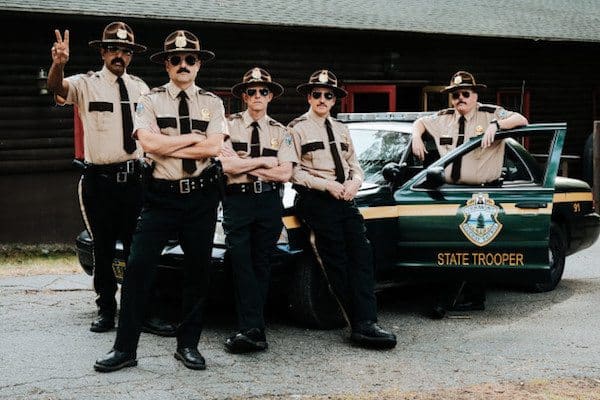 Less than two weeks after announcing Super Troopers 2 will debut in theaters on April 20, 2018, the film studio behind the Indiegogo-funded comedy, Broken Lizard, released its official teaser.

As previously reported,  Broken Lizard sought to raise $2 million for the sequel of the 2001 cult classic Super Troopers during its Indiegogo campaign in 2015 and has so far secured more than $4.6 million. Super Troopers 2’s synopsis reads:

“When a border dispute arises between the U.S. and Canada, the Super Troopers are tasked with established a Highway Patrol station in the disputed area.”

Check out the hilarious teaser below.