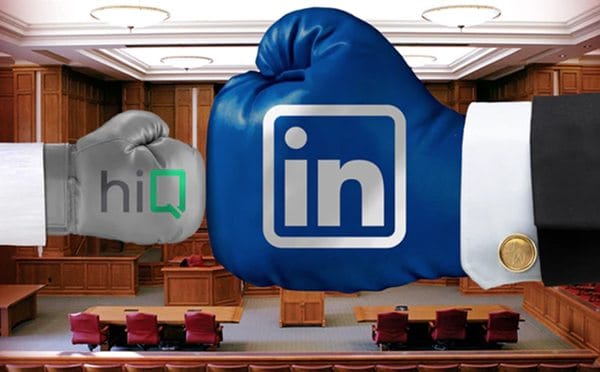 California-based data analytics startup, hiQ Labs, has launched a crowdfunding campaign on CrowdJustice to continue its legal against LinkedIn over access to publicly available on the internet.

According to hiQ, the initiative is seeking $100,000 to fund litigation costs, which includes the cost of the current appeal to the 9th Circuit of the U.S. District Court of Appeals. The company also reported that in August, it won a preliminary injunction in the federal court to prevent LinkedIn from threatening criminal prosecution if hiQ continues to view publicly available member profiles.

hiQ also noted that it uses the publicly information to provide analysis and insight to businesses that want to retain key employees and optimize talent. The company only uses information from profiles that LinkedIn members themselves have decided to display publicly. It does not republish the information or sell raw data to third parties and doesn’t alert employers whenever a LinkedIn member makes a change to a profile, despite the social media allegations.

“This is a David versus Goliath case if there ever was one, and David just got himself a bigger slingshot. Since the federal district court ruled in our favor in August, we’ve been amazed and heartened at the outpouring of support. So many people have asked us how they can help, we’ve decided to create this new vehicle to harness this energy and help defer the costs of our defense of Internet access, free speech and fair competition.”

“Our needs are great, but our goals with this particular campaign are modest. We’re looking to raise just $100,000 in this initial push to help fund our response to LinkedIn’s appeal. But we firmly believe the value of this effort goes far beyond the actual funding. So many have expressed belief in our cause that we wanted to offer a way for them to come together, to join the cause and to take action.”

hiQ Labs reportedly has 13 employees and was founded in 2012. Microsoft acquired LinkedIn, which has more than 8,000 employees, for $26.2 billion in 2016. Since its launch, the campaign has secured more than $7,500. It is set to close at the end of November.