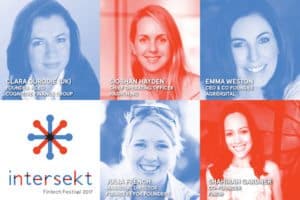 The team at FinTech Australia has added some new features to the map in contrast to the previous iteration:

“We’re very excited to be releasing this map at the start of our first week-long Fintech festival, Intersekt, in Melbourne. We think it gives a great visual platform to inspire discussions in Melbourne about the current state of the Victorian and Australian fintech industry. The map is also an important tool to give the world a close insight into what our members are doing and how the Australian fintech industry is rapidly growing and changing before our eyes.”

Szetho added that FinTech Australia would be launching the EY FinTech Australia Census – a far more detailed analysis of the state of the Australian Fintech industry – at the Collab/Collide Summit on 3 November. The summit is the final event in the Intersekt festival. 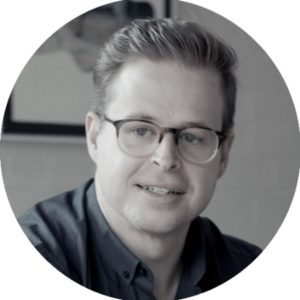 Insurtech Australia co-lead Brenton Charnley commented on their inclusion as a division of FinTech Australia.

“We are on the start of an incredible journey with insurtech and this map helps illustrate and showcase our founding startup members. One of our key projects next year will be to create an ecosystem map of the entire insurtech community, including our partners, corporate members and startups, to bring to life the collaborative culture we are building in the Australian insurtech industry.”

FinTech Australia expects the map will be regularly updated as they continue to bridge the public and private sector as a positive catalyst for innovations in finance. 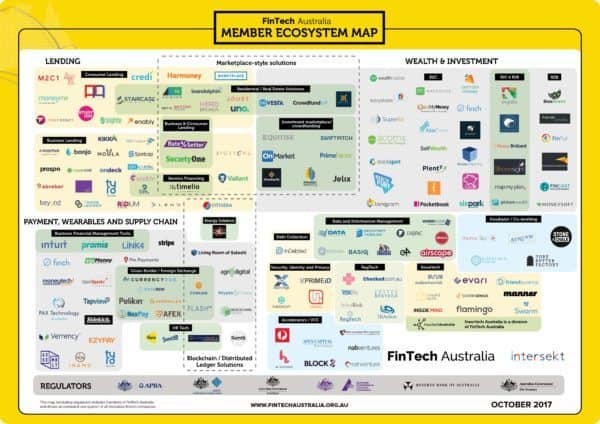