Funding Options, a UK-based online marketplace for business finance, announced on Wednesday it is supporting Federal Conduct Authority (FCA) plans to allow more SMEs access to the Financial Ombudsman Service (FOS). Established by Parliament, FOS describes itself as the UK’s official expert in resolving complaints between financial businesses and their customers. The organization can look into problems with most types of financial services, from banking accounts and insurance to mortgages and PPI. 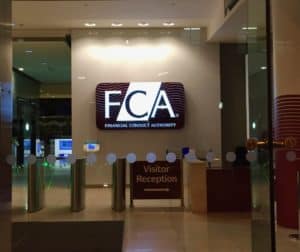 Funding Options revealed that it called for the extension of the FOS two years ago, so more small businesses have an alternative to taking costly and lengthy cases through the justice system. The platform also shared the FOS offers a low-cost method for small businesses and consumers to resolve disputes with banks. It is considered quicker than taking complaints to courts. Unfortunately, the FOS is currently available to only individuals and micro-enterprises, which the FCA defines as companies that have less than ten employees and has a turnover of less than €2 million. Speaking about FOS extension, Conrad Ford, Founder of Funding Options stated:

“We have been lobbying for this for several years now, so we are delighted the FCA has finally taken steps to help more small businesses. SMEs left the credit crunch and the swaps mis-selling scandal feeling unloved and even exploited by the banks. Politicians and regulators promised small businesses a new deal, we are finally seeing that arrive – more small businesses will be able to appeal to the FOS.”

The marketplace was designated by HM Treasury and the British Business Bank for the bank referral scheme, to help UK SMEs find alternative finance when they’re unsuccessful with the major banks. Funding Options added that it works with dozens of lenders across the alternative business funding spectrum, from challenger banks to invoice finance, hire purchase, leasing, peer-to-peer lending and property funding.
Sponsored Links by DQ Promote