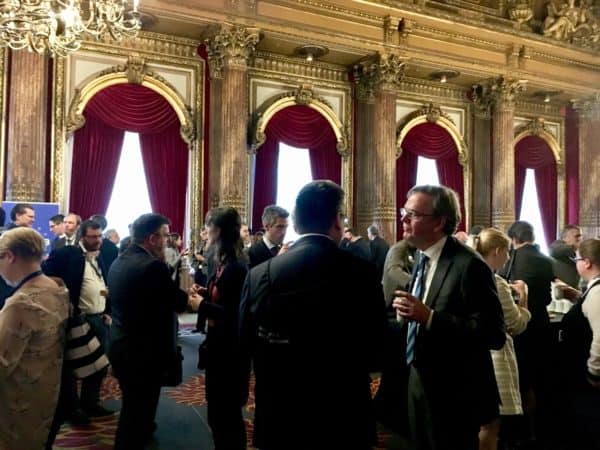 The ESMA conference highlighted the impending coming into force of the second Markets in Financial Instruments Directive (MiFID II) as a game changer and a major milestone towards the achieving the CMU.

Among many speakers, Steven Maijoor, Chair of ESMA, Valdis Dombrovskis, Vice-President of the European Commission, and Roberto Gualtieri, Chair of the Committee on Economic and Monetary Affairs (ECON) of the European Parliament discussed the CMU Action Plan. As the event went on, these discussions revealed how major a setback the Brexit is for the CMU.

If you’re not familiar with the workings of the EU, prepare for the alphabet soup of EU regulation acronyms. 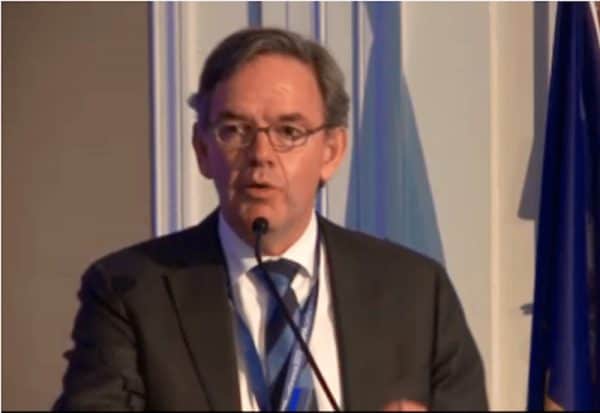 As speakers stressed, EU regulation is not an end goal. The ultimate goal of the Capital Markets Union is to foster the development of equity markets in the EU ‒ making the financial system less reliant on debt, hence more stable. Currently only 24% of company funding in the EU is equity funding, against 38% in China and 48% in the US.

By removing regulatory barriers to cross-border investments, the CMU will help ease the EU’s 23 million SMEs’ access to capital, so that they can create jobs for the 20 million unemployed.

“Can we have a single rule book for the CMU without a single supervisor?”

This was the rhetorical question asked by Olivier Guersent, Director General of the Directorate-General for Financial Stability, Financial Services and Capital Markets Union of the European Commission, also known as DG FISMA. The answer, of course, was no.

Beyond defining a single rulebook, the EU must make sure that these rules are consistently implemented and applied in the 28 Member States ‒ soon to be 27 after the UK leaves. This challenge is called, quite euphemistically, “supervisory convergence.” Concretely, supervisory convergence means that European Supervisory Authorities (ESAs) must have more power, including more enforcement power. ESMA is one of the three ESAs in EU financial services. The other two are the European Banking Authority (EBA) for banking and the European Insurance and Occupational Pensions Authority (EIOPA) for insurance. 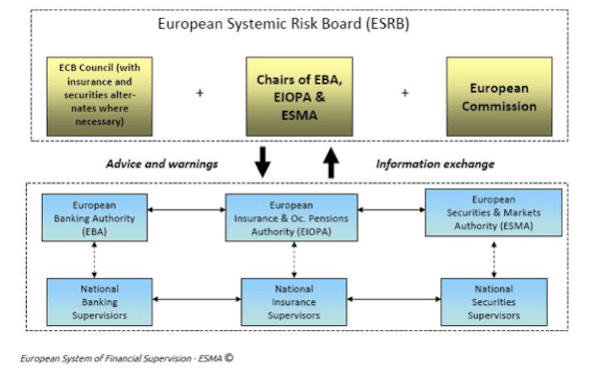 Supervisory convergence is a huge challenge. Indeed, national regulators of EU Member States, called in this context “national competent authorities” or NCAs, operate in very diverse local political, economic and cultural environments and, hence, tend to easily diverge from each other when they transpose EU directives into national law. For this reason, MiFID will be implemented directly through a European regulation, the Markets in Financial Instruments Regulation (MiFIR). In addition, MiFIR will give ESMA a product intervention power, i.e. the ability to intervene directly and, for example, ban a product if it poses a threat for investors or for the integrity of capital or commodity markets. 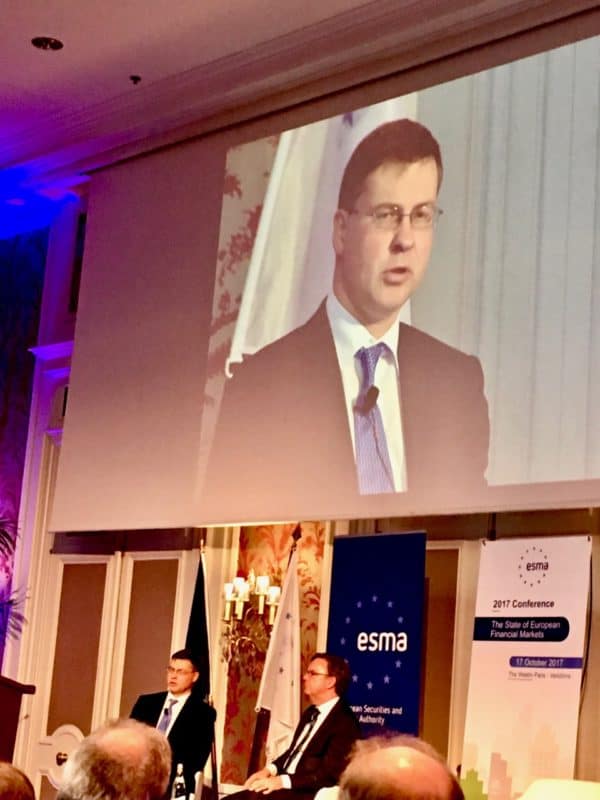 The Imminent Coming into Force of MiFID II

This is how Elisabeth Roegele, Executive Director, Securities Supervision, at the German Federal Financial Supervisory Authority (BaFin) introduced a panel discussion on MiFID II and MiFIR.

The breadth and depth of MiFID II is quite unprecedented. Large firms, including large exchanges, are on track, but smaller ones are not. Yet, the date of MiFID II’s entry into force, 3 January 2018, will not be pushed back again, as it was already delayed by a year.

Along with removing trade barriers, MiFID is also intended to bring back to capital markets the retail investors who have deserted them after the financial crisis. EU representatives, including Member of the European Parliament, Pervenche Berès firmly believe that MiFID’s strengthened customer protection rules will help achieve this goal. Some critics pointed out, however, that transparency might make products too complex and will not make up for the lack of equity culture among EU private investors.

The final word on MiFID probably goes to Markus Ferber, German Member of the European Parliament (MEP), who said: 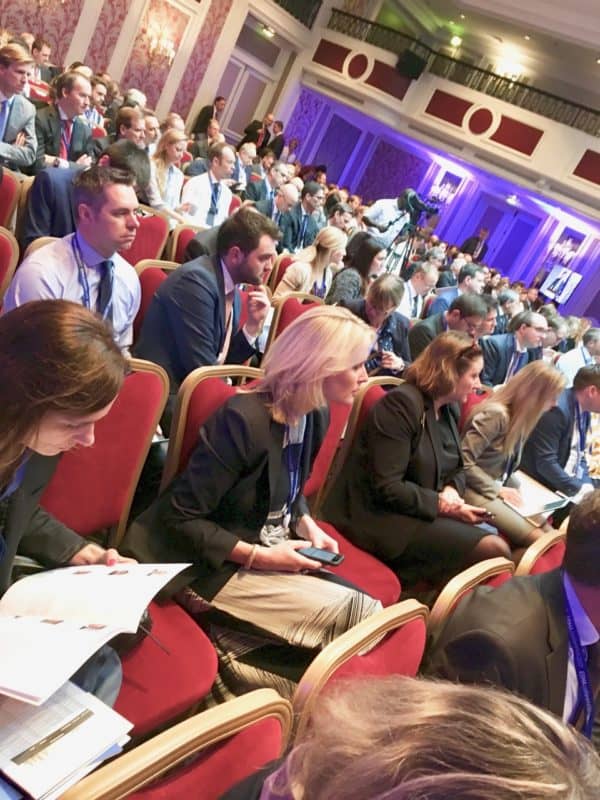 During the discussions, speakers highlighted several achievements of CMU-related regulations:

Among the main items remaining on the agenda were mentioned: 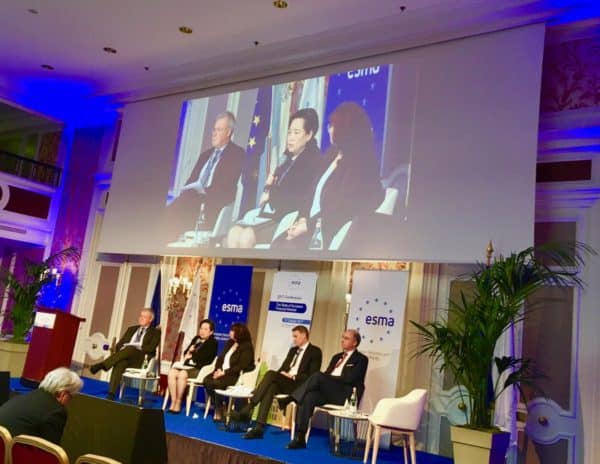 When the Action Plan for the CMU was designed, nobody had an inkling that the UK, which represents about 2/3 of the union’s equity trading, would leave the EU.

The sorest point of the Brexit discussion at the ESMA event was the issue of Central Counterparties (CCPs) and of the possible (but certainly not easy) relocation of the clearing of financial products denominated in euros into the EU zone. Currently, the London Clearing House (LCH) clears 98% of all swaps in euros.

A major concern cited by EU officials was that the Brexit could trigger a “regulatory race to the bottom”, i.e. competition on regulatory and supervisory standards with the UK and among the EU 27. In response, Xavier Rolet, CEO of the London Stock Exchange Group, countered that:

“Competition is essential within the EU and between the UK and the rest of the world.”

Industry representatives bemoaned the current uncertainty about the terms of the Brexit. The cliffhanger scenario, in which the industry would be taken by surprise after a drawn-out negotiation process, was generally considered a worst-case scenario.

Sylvie Matherat, Chief Regulatory Officer Deutsche Bank, warned that the industry would not be able to wait much longer to take action for its clients:

“If we had a hard Brexit, at least it would be organized.”

In the end, despite a few soothing words about the persistence of shared interest and culture between the UK and the rest of the EU, the event showed the Brexit as a major impediment to the CMU, with no positive, but only loss-mitigating outlooks.