UK-based Cubana Waterloo Ltd is now seeking a, £200,000 loan, payable at an estimated APR of 10%, through crowdfunding platform Crowd2Fund, in order to expand its Latin American street food and exotic Cuban cocktails concept. 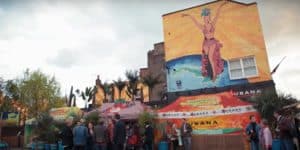 Cubana’s restaurant group was founded in 1998 by Phillip Oppenheim, who revealed was inspired to create a Cuban-themed restaurant after he visited the country and discovered mojitos. Cubana now serves up freshly prepared free-range street food dishes, Cuban mountain coffee and a range of refreshing cocktails.

The original Cubana site is in Waterloo, with the second site in Smithfield having opened in 2014. The company reported that it now turns over more than £2 million pounds per year, a close to double-digit percentage increase year on year. While sharing more details about the company, Oppenheim stated:

“We are spending some funds on developing the Cubana bakery and coffee roaster at Smithfield, which we anticipate will have substantially more passing trade due to new economic activity in the area. We are also completely revamping all of our financial systems and EPOS to make sure we are robustly managed and ready to cautiously look for new sites next year.”

In regards to the future, Oppenheim added: 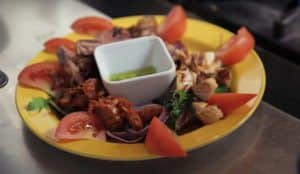 “In five years I would like a small chain of Cubana bar restaurants which keep to our core principles of providing freshly prepared, authentic Cuban and Latin American food and fresh tropical cocktails and smoothies at reasonable prices. I would not want to be involved in a large corporate chain which prepares all of its food in large factories. A lot of once good places have retracted from their sustainability roots. The day someone says to me that we can save £1 a portion by not going for free range chicken is the day we have grown too large.”

Funds from the Crowd2Fund campaign will be used to boost the activity of Cubana by investing them into new operational software and doubling down on marketing efforts to take advantage of the predicted increased footfall of the Smithfield site when Crossrail and the relocated Museum of London open.